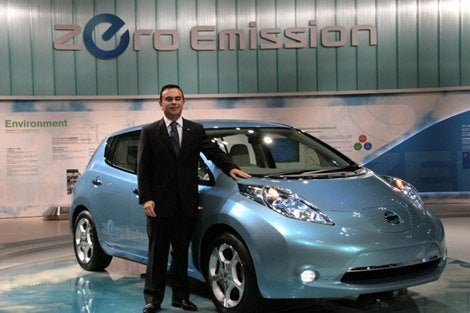 The Leaf, Nissan’s big jump into the pure electric vehicle world (a la Tesla, Fisker et al) will not only becoming to America, but also looks to be headed south of the border as well. OK. Not all of Mexico, but at least Mexico City, which is smart move in a whole bunch of ways.

There’s been a number of municipalities that have been throwing their hat into the ring to support the adoption of EVs, contributing things like dedicated electric vehicle parking spots, to scores of charging stations to solar power add-ons and the like.

The latest city to jump on the bandwagon is Mexico City, which will be the first area in Latin America to get Nissan’s upcoming dedicated electric car from the Franco-Japanese automotive group (Nissan and Renault formed a business alliance a while back (and they say politics makes strange bedfellows, huh?)).

The Nissan LEAF compact EV will be launched in the Mexican capitol in 2011 ahead of its public availability that will happen in 2012, when general retail sales will commence. The capitol, through its Mexico City Government Green Plan, will be advancing a transition to electric vehicles, through an assortment of incentives. And others are assuming that the Mexican federal government will also be kicking in some incentives of their own.

Nissan has set a goal of moving half a million of the Leaf EVs in their first year of release, but at this rate, it looks like they might must hit that target just in government agency sales alone.

The real key thing to consider here is the location. It is said that Mexico City has comparable pollution problems to the greater Los Angeles basin, given they both have a large, dense population and pretty cruddy geography when it comes to getting the bad air out.

This totally understates Mexico City’s problems if you ask me. Sure, greater LA is big, but Mexico City dwarfs it in comparison. The last time I checked there were two slums that had populations in excess of one million people. And I don’t mean “bad neighborhoods” like something you see in Starsky & Hutch, I mean slums on par with Brazilian favelas. The look like huge garbage dumps with populations great than Seattle. And there’s TWO of them.

And also the last time I checked, Mexican vehicle emission laws were something akin to Romania’s circa 1954. 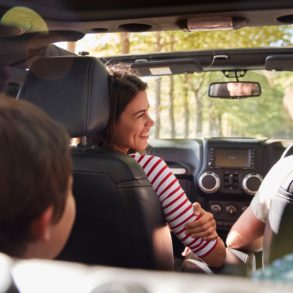