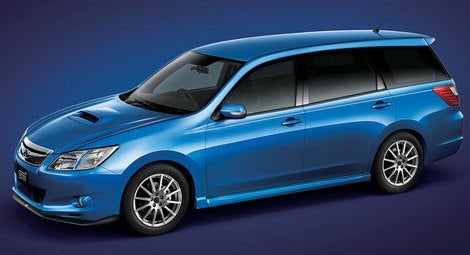 Normally, station wagons don’t do much for me. But station wagons that are tricked out by STI (Subaru’s skunk works/racing arm/rally parts bin) and trimmed out in WRC blue … OK, I might be interested, sure.

Anyway, the wagon you see here just rolled out at this year’s Tokyo Motor Show. It might get missed amongst all the general weirdness that is rampant at the show, or overshadowed by stuff like the Lexus LFA … but then again, a high performance wagon might go unnoticed by certain types of other people too.

“Why, no officer. It couldn’t have been ME that was speeding, it must have been those hoodlums over there with that racy looking car with the huge wing on it!”

First off, the Exiga won’t be coming to America. Which is unfortunate, because it seems to offer a bunch of nice practical stuff. It can seat up to seven passengers in three rows of seats and is powered by the ubiquitous 2.0-liter turbocharged four-cylinder boxer engine that Subaru must have sitting in warehouses by the millions.

Anyway, said mill cranks out a not-so-bad 221HP and is hooked up to a five-speed automatic transmission.

The STI guys had a go at the exterior, dressing it up with new aero accessories such as a front lip spoiler and side skirts and also slapping some pretty nice 17-inch alloy wheels and some sporty exhaust tips out the back.

On the inside there’s STI sport seats in a combination of leather and alcantara with contrasting red stitching, nice, and carbon fiber trim all over the place.

The Exiga benefits from the usual upgrades to the suspension, brake and steering systems, as smeared on by STI

Subaru is only going to make a “strictly limited run of 300 units” for the Japanese market-only Exiga 2.0GT STI, which is a shame. It should just me an option, if you ask me. And if you ask me, Subaru should bring the Exiga stateside.

The downside might be the pricing. Subaru wants 3,591,000 Yen for the car, which comes out to around $39,700 US. Which is too much. Now a lot of that might have to do with Japanese taxes levied on cars of a certain size or displacement, so who knows?

If they were to bring it over, it could drop down to something more reasonable … like less than $30K. 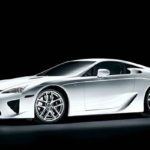 Next
The Lexus LFA Supercar is Finally Here 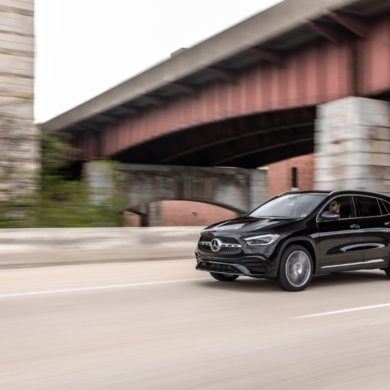 2021 Mercedes-Benz GLA: Quick but Detailed Walk Around This Sleek SUV