Ford Hybrid Sales Are Up, Way Up 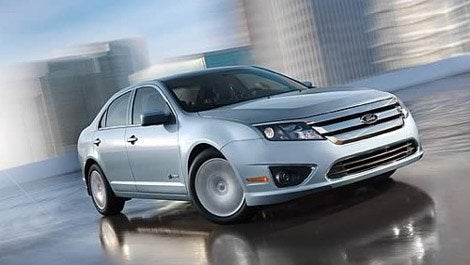 Even in times as financially bleak as these, Ford seems to be moving from strength to strength, at least on the product front. They are able to stand on their own, financially speaking, and have not been propped up by the government, as has GM and Chrysler. The cars they have been turning out have been getting good review and very positive feedback from consumers. And now it’s looking like Ford hybrids are going to own a serious chunk of the green market.

Ford says that hybrid sales have been up considerably over the last year. Sales in September were up 73% from the previous year, and according to Automotive News this will put Ford within a few thousand cars of passing Honda as the second largest seller of hybrids in America. Not bad.

\”More than 60 percent of Fusion Hybrid sales have been from non-Ford owners, and more than half of those are customers coming from import brands, mostly from Toyota and Honda,\” says David Finnegan, Ford hybrid marketing manager.

Compare Ford’s hybrid sales figures with those of the top dog in the green car market, Toyota. During the same time period that Ford has seen that 73% skyrocketing in hybrid sales Toyota, has seen sales of its hybrids drop by 28%. Overall though, Toyota is still king of the hybrid hill, owning nearly 66% of all US hybrid sales.

Taken in total, what this all means is that on a level playing field Ford is a serious player. They will most likely surpass Honda soon, and if green-minded car buyers start to get a more patriotic bent in their buying decisions, Ford could also start to worry Toyota.