All About the Toyota FJ40 With the big three auto manufacturers producing new “retro” versions of old enthusiast cars (Mustang, Camaro, Challenger,) it’s easy to overlook who seemingly started this trend. Although it’s far from a muscle car, Toyota developed the FJ Cruiser in 2006 as a modern version of their old Land Cruiser FJ40.

The Toyota FJ40 is still an enthusiast vehicle today, being coveted by collectors all over the world. Produced from 1960 to 1984, the FJ40 had a healthy lifespan, which makes it no wonder Toyota wanted to get some of that enthusiasm back for the FJ Cruiser, which sells moderately well today. So what made the Land Cruiser FJ40 so great to command such a loyal following?

Many of the features in the FJ40 were unique, and gave a lot of room for enthusiasts. Most FJ40 models, for example, had removable doors, roof, and even the windshield, allowing for a completely open-top experience. The folding jump seats attached to the roll bars allowed for two more passengers as well as maximum cargo space, unlike the competing Jeep at the time, which had folding rear seats and limited cargo room. One of the most interesting benefits of the Toyota FJ40 was its compatibility with GM’s small block engines, allowing for engine upgrades and swaps.

The 1960-1984 Toyota FJ40 were revered for its outstanding rugged ability and reliability, no doubt given away by the fact that there are many still on the road today. The FJ40, as well as its replacement FJ70 (not sold in the States,) are still very popular as work trucks in many third world countries, where their owners use them as daily drivers.

Most people would question the viability of another FJ40 today, which was a compact two-door SUV, but the current FJ Cruiser is selling fairly well, along with mostly all Toyota cars. The FJ Cruiser may not have the same loyal enthusiast following as the original FJ40, but similar to the other modern-retro cars on the road recently, definitely have their buyers. 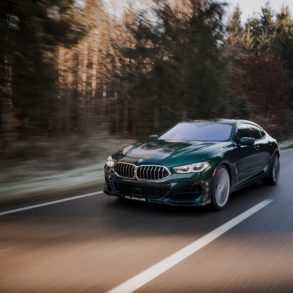