With nearly every manufacturer offering at least one mid-size sedan, buyers have more choices than ever to haul a family from A to B with varying levels of cost. Some are luxurious and comfortable, while others are sporty, and most lie somewhere in between. With the popularity of SUVs waning, buyers need the wide range of choices to fit their family’s lifestyle.

To get an idea of the marketplace, the 2009 Chrysler Sebring sedan is in direct competition with superstars like the Honda Accord, Nissan Altima, Toyota Camry, Ford Fusion, Hyundai Sonata, and Chevy Malibu, among others. How does it stand up against the competition?

The 2009 Chrysler Sebring sedan starts at $20,515, which is about right for the segment, although more expensive than most competitor’s entry-level models. Our review model is a Sebring Touring sedan, which starts at $21,810. The Touring model adds bigger wheels and more options; ours came with the $1395 Electronic Convenience Package (includes A/C with auto-temp control, heated seats, security, remote start, auto-dimming mirror, temperature gauge and compass, trip computer, cargo organizer, tire pressure monitor, garage door opener, and cupholder heater and cooler,) $425 for traction control, $775 sunroof, $395 power driver’s seat, and $275 uconnect phone system. After the $740 Destination Charge, our total is $25,815.

Driving the Sebring isn’t terrible: it provides an average, quiet, and uneventful drive. For most people, that’s the problem – the Sebring Sedan is boring, and doesn’t stand up to competitors in terms of driving experience. For others though, that’s exactly what they’re looking for. The suspension is just OK, providing an overall smooth ride on the highway, the cabin isn’t as quiet as it should be, but the steering is light and responsive. The blinker has a weird sort of sticky feeling, which I never got used to. The interior looks fine, but is comprised primarily of cheap, hard plastic.

The 2.4-liter four-cylinder engine provides 173 hp, but feels much less powerful than that. Power is adequate for most driving, but if you have to pass someone on a two-lane, make sure you have plenty of room ahead to pass. Any acceleration quicker than slug-like requires laying on the throttle, which makes the engine emit a raspy drone. The 4-speed automatic transmission doesn’t help – most competing models offer at least a 5-speed. Fuel efficiency is rated at 21 city 30 hwy, which is slightly less than competitors. The 2009 Chrysler Sebring sedan does have some redeeming qualities: the all-LED interior lighting is very pleasant, and I think other manufacturers should follow suit there. It comes with an auxiliary jack for MP3 players, 6-disc in-dash CD player, automatic headlights, and steering-wheel mounted controls. Considering the target demographic, which I assume to be older drivers, this is all it needs. The heated and cooled front cupholder is a cool option; one not offered of any other cars in this segment.

Keep in mind that in this review we’re only talking about the sedan – the convertible version of the Sebring, while being primarily the same, is in a different market and has different competitors. It may very well be a good choice among mid-size convertibles. For the sedan, however, there are just too many other great choices out there to make the Sebring a wise purchase. 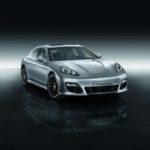