It looks like Mercedes Benz is really going ahead with its plans to have hybrids and eco-friendly cars across its entire product range. And here’s a prime example of that: the Mercedes S500 Vision Plug-in Hybrid. Yup, that would be a top of the line S-Class that’s not just a hybrid, but a plug in hybrid at that. Rolled out at this years Frankfurt Auto Show, the S500 Vision Plug-in Hybrid aims to let you have the green-cred of a hybrid, along with all the luxury of a Mercedes S-Class.

Mercedes already has the S400 Hybrid heading to our shores, and they have also announced that a four-cylinder S-Class on the way as well (not sure how well that will work out though). With the introduction at Frankfurt of the S500 Vision Plug-in Hybrid concept, Mercedes sees it as putting “the luxury class on the road to the three-liter car.”

Using the same basic components as the S400 Hybrid, the S500 Vision Plug-in has a 3.5-liter V6 mated to a battery. The S500 however, features a larger capacity lithium-ion battery cell with an additional internal clutch that has been moved to the trunk of the S500. According to Mercedes, the S500 Vision Plug-in should be good for 30 km (19.2 miles) of electric-only driving. Mercedes heavily stressed that the S500 Vision Plug-in is NOT Production ready at the moment, but that they are leaning towards production.

When and if it hits the showrooms, the S500 Vision Plug-in promises a 5.5-second 0-to-60 while burning only 3.2 liters of fuel for every 100 km traveled. The CO2 emissions are also quite low for a car as big as the S-Class, only 74 grams per kilometer. The drivetrain that’s capable of numbers like this is, as with everything Mercedes, well thought out, well engineered and complex. There’s a V6 petrol engine with a next-generation direct injection system under the hood, and there’s a 44 kW/60 hp hybrid module with the aforementioned lithium-ion battery with more than 10 kWh of storage capacity. That battery, as the name implies can be recharged at charging stations or by plugging it into your house at night.

And you get all this and all the “typical” S-Class goodies: top comfort, outstanding safety and “masterful performance”. 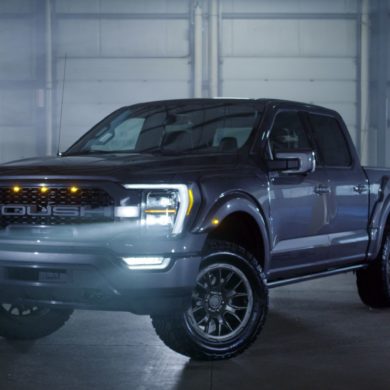