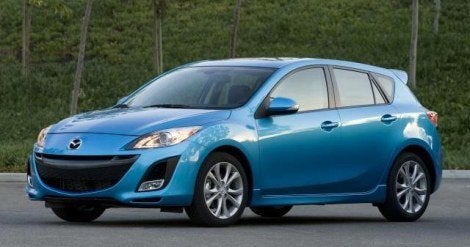 Released in 2004, the Mazda3 is a huge success for Mazda. In fact out of every three Mazdas sold, one of them is a Mazda3. It’s gained incredible praise from automotive media as a great compact driver’s car and even won our 2008 Sport Compact Shootout. Now that competitors are evolving into better cars, Mazda needed to update the 3 to keep up.

I wouldn’t call the new 2010 Mazda 3 an upgrade; it’s more of an overhaul. While the dimensions of the compact car remain nearly identical, almost everything else has been changed. Most noticeably changed is the styling, which follows Mazda’s new “Big Smile” design philosophy in the front, and an overall more aggressive appearance. The body, while I despise the funny-faced front end and love the rest, was designed to decrease wind resistance. It works – it’s now the most slippery car in its class, and as a result they have increased fuel economy over the previous model despite being heavier and more powerful. From the side and rear it’s very attractive and aggressive, which is a pleasant change from the previous model’s outdated bland styling. 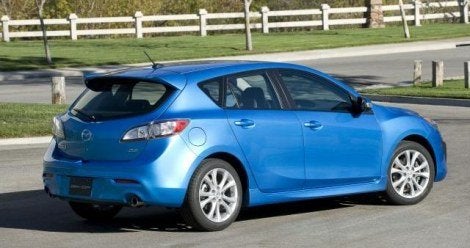 Another big change in is the interior. The aging design of yore is now replaced with a sleek and modern interior with blue LED accents and silver trim, giving the Mazda 3 a sports car appearance. The buttons and controls can be overwhelming at times, especially when well-equipped and the steering wheel is loaded with buttons and switches. Once you get used to it though, operations are relatively simple, except when trying to control an iPod via the built-in iPod integration, which is confusing for anything other than skipping to the next track. Thankfully, it also includes a standard auxiliary jack for other MP3 players. Seating in our Grand Touring model is comfortable in the heated leather seats. Bolstered sides keep you in place around G-force-inducing turns, which you’ll have plenty of in this car. The two LCD screens is a nice touch; one that displays basic audio and climate control info, and another high resolution display for navigation, maintenance, audio, and fuel economy info.

New this year is a 167 horsepower 2.5-liter engine for the s models, which is a welcome change from the overly efficient mills on other compacts in this class. It’s mated to a 6-speed manual or 5-speed automatic gearbox. The i models get a 148 hp 2.0-liter engines. Both powerplants are more potent than most competitors, and the turbocharged Mazdaspeed 3…don’t even get me started. 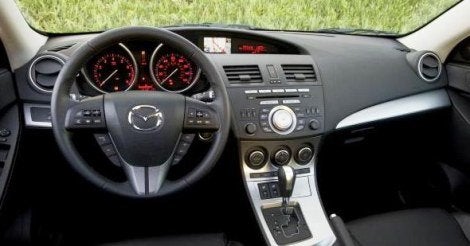 When creating the Mazda3, Mazda focused on driving pleasure, as opposed to most manufacturers who treat the driving experience as a side effect. And it shows. The Mazda 3 is simply a blast to drive; much more fun than any competitor I’ve driven. The engine loves to be pushed hard, and the 5-speed auto we had is adaptive, meaning that it learns how to act based on how you drive. It works beautifully – drive it hard and it keeps revs high for more power and holds RPMs around turns for quick exits. Drive conservatively and it shifts early for increased fuel economy. If you like to choose your own shift points, it has a manual shift mode which I’ve never been a fan of. This one is extra weird, as you push the stick forward to downshift, and pull back to upshift – reverse of most systems, and might take a while to get used to. It’s a very good transmission, but I imaging the 6-speed manual would prove even more fun.

Steering is tight and communicative at any speed, and the car feels light and nimble through tight turns. Every move of the steering wheel translates directly onto the pavement – a trait many cars lack. The Mazda 3 sticks to the ground like glue, generating enough lateral G forces to relocate a passenger into your lap without so much as a tire squeal; you’ll be glad the seats are bolstered so well. The tight suspension can feel rough at times for commute-only drivers, but you’re buying this car for the fun, so you won’t even notice.

The amount of standard equipment you get in the Mazda3 for such a low price is second-to-none. On our model, we also had the $1200 Tech Package, which added navigation, hands-free proximity sensing key fob with push-button start, sat radio, and proximity security system. On top of that we had a $1400 upgrade that added a 242 Watt 10-speaker Bose surround sound system, power moonroof, and in-dash 6-disc CD changer. On the sensibility side, the Mazda 3 doesn’t get quite as good fuel economy as some of its competition, but it’s not bad at 22/29 mpg. Considering the peppy 2.5-liter engine, I’m more than happy to sacrifice a few mpg in the name of a good time. The Mazda3 Hatchback we drove has plenty of space inside, and is comparable to other models in this class. Rear seating can be a little bit cramped for adults, but cargo room is plenty, especially with the rear seats folded down.

Overall, I’m very impressed with the 2010 Mazda 3. Big changes from the previous model all over ensure it’s up to date, and Mazda made it even more fun to drive than the outgoing model. The equipment and features you get for the money is incredible; you simply can’t go wrong. For a total of $25,560, we had a Mazda 3 compact car with more features than many luxury sedans. Bang for your buck, you can’t beat this car. 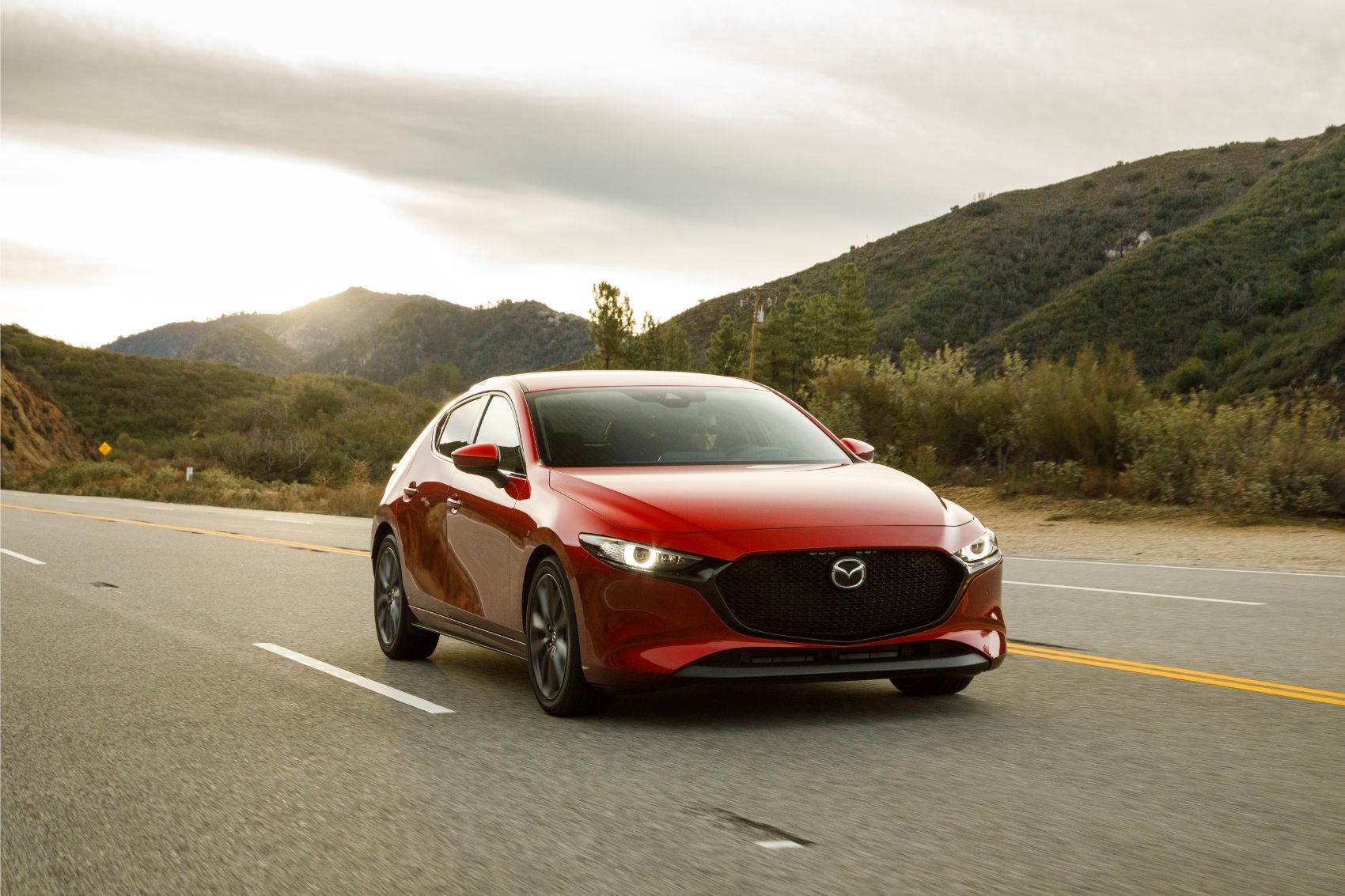 Mazda Warranty: How Does It Measure Up?