Back in 2001, when the Diablo was the only car that Lamborghini made, they made a decision to make the car only available with all-wheel-drive. Apparently they liked the idea, because no Lambo since then has been offered in RWD. Until now.

The LP550-2 will be considered the base model – which will be modified from the excellent Lamborghini LP560-4. As you can tell from the name, the new Lambo will produce 550 horsepower, all routed to the rear wheels. I’ve always found RWD cars to be more fun than their AWD counterparts, so I’m particularly impressed with this decision. The LP550-2 will only be offered in eight colors, all sporting that cutesy racing stripe down the center. The stripe actually continues through the interior as well (see picture below,) covering the center console and dashboard as well as the seats.

Only 250 units of the Lamborghini LP550-2 will be made, which means that while in theory the price would be lower than the more powerful and complex LP560-4, the exclusivity (and the fact that it’s RWD) might push the price back up. Not much else in known about the Gallardo LP550-2 yet, no word on cost or availability until Lamborghini releases an official statement. Rumors speculate that the RWD Lambo could run 0-62 mph in 3.9 seconds, putting it just a tick slower than the LP560-4. 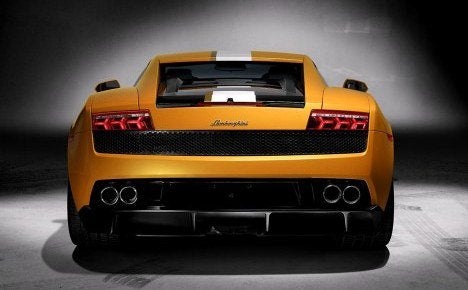 We just learned today that the new Lambo will be officially named “Gallardo LP 550-2 Valentino Balboni” – after the famous Lamborghini test driver. Since the model will be RWD, Lamborghini paid special attention to and refined the safety and stability aspects of the car, adding a different suspension setup and stability control tuning. 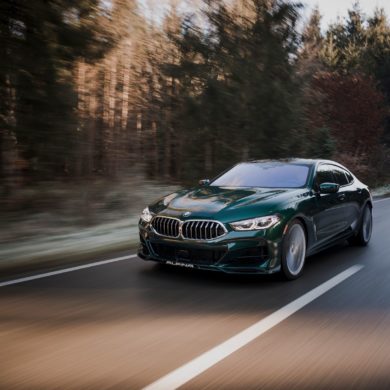