Introducing the PGO VTR S – The Next Generation Of T-Rex 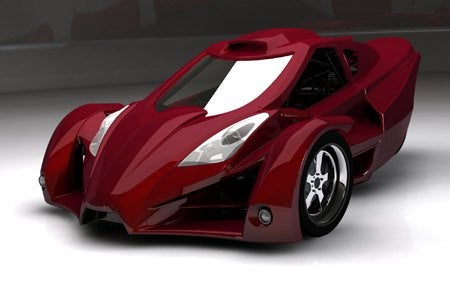 What you see here is the PGO VTR S, essentially that’s the next generation T-Rex trike. The T-Rex is a crazy fast bike/car/”who cares it’s fast” ride from Québec (naturally). The T-Rex was a frighteningly fast vehicle to begin with. It had performance figures comparable to a tricked out Lotus 7 (i.e. frightening) and also featured a delightfully cavalier attitude towards things like protection from the elements.

As one would expect, that wasn’t enough for a bunch of guys from Québec, so they decided to “improve” it.

And by “improve” we mean expand the performance envelope in every regime they possibly could figure out.

That’s OK, we’re totally fine with that sort, er, thought process I guess you could call it. But you have to understand this about the T-Rex or the new PGO VTR S, it’s not for everybody. It is very, very bike like, not only in performance, but also in the traveling experience. You’re hanging out there in the breeze as they say, exposed to the elements, bugs, wind, road noise and the like. It’s like a motorcycle you can’t flop over. At least the older T-Rex was that way, the new PGO VTR S offers more protection. There’s a windshield out there, and it actually has sides to it now (the actually call them “doors” which is conceptually interesting), but it’s still going to be a damn elemental ride from the first moment you hit the starter to when you finally, mercifully, roll to a stop and say quietly to yourself, “OK, maybe that was too fast.”

But that’s not the way the guys at VTR think. They are, after all, Québecers, and those guys are … look, I’m not going out much on a limb here, and I don’t think they’ll take as too much of an insult, but people from Québec are downright crazy behind the wheel of any sort of vehicle. This is a group of people that look at racers like Gilles Villeneuve as being “reasonable and prudent” when “controlling” a car. Have you seen what the roads in Québec are like in February? Have you seen what they DRIVE like when the roads are covered in snow and ice and freezing fog? Québecers HAVE TO be good behind the wheel, because if they weren’t, they’d be dropping like flies driving like that on roads like that. And don’t get me started on their ability with snowmobiles.

So the T-Rex and the new PGO VTR S must seem rational and sensible to them.

Sure, the handling is going to be tricky with a trike configuration, but who cares when you get a sub-four-second 0 – 60 blast and your ass is only inches from the pavement.

Not only would this thing be a hoot, but also think of the option of picking it up, rather than having it delivered. The ride home would be breathtaking, and would start off with you having to navigate your way out of the Province of Québec in one piece. 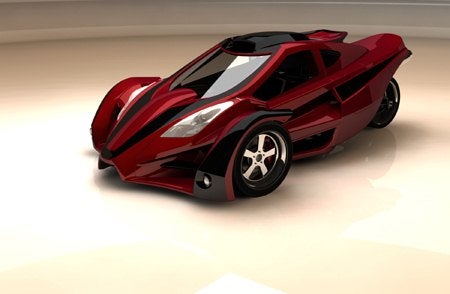 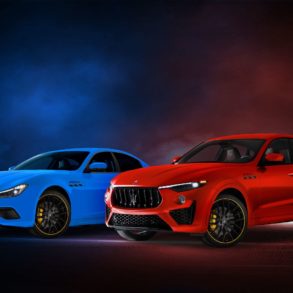