BMW’s revamped and revised Z4 convertible has just hit the press. It offers a host of new features, but sadly, retains a lot of the same old styling cues as the previous model. But no matter how you look at it, it’s a much better car than the Z3, and styling notwithstanding, is a serious performer. 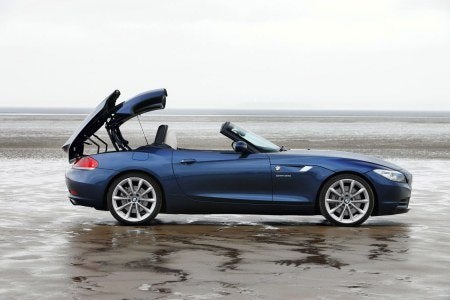 The first thing you notice on BMW’s new Z4 is that it now features a folding hard top. I’m not sure how everybody from Mercedes (who popularized this feature with their SLK a while back) to Mazda now has models with this slick feature. Sure, it increases weight, but it also gives you the comfort and security of a coupe at the touch of a button. If I were paranoid, I’d say there’s so many folding hard tops out there due to some sort of a cabal between servo makers and repair shops, but so far, I haven’t seen any of them fail.

Anyway, the new Z4 comes with a choice of three engines (and really, engines are what BMW is all about). These are dubbed the sDrive23i, sDrive30i and the sDrive35i, which seems to follow along with the trend of adding way to many designators to any given name in the auto world. 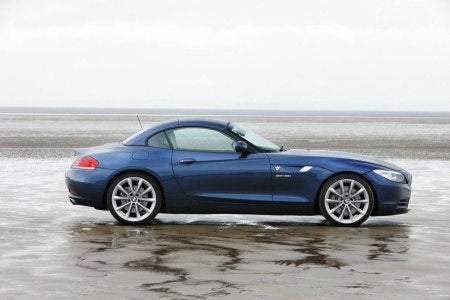 The sDrive23i and the Z4 sDrive30i both use the same magnesium aluminum alloy engine with Double VANOS and VALVETRONIC technology as the sDrive35i. The 2.5-liter entry-level Z4 sDrive23i cranks out 204hp and hits zero to 62mph in 6.6 seconds and tops out at 151mph. That engine delivers a combined 33.2mpg. The 3.0-liter sDrive30i powerplant produces 258hp, clocks in zero to 62mph times of 5.8 seconds before going on to an electronically limited top speed of 155mph. The Z4 sDrive30i gets 33.2mpg. The top of the line mill, the sDrive35i only gets 30.1mpg, but it sprints to 62 in 5.1 seconds and is available with a Double Clutch Transmission and cranks out 306 HP. Style-wise, BMW\’s latest roadster is larger than its predecessor measuring 148mm longer at 4,239mm and 9mm wider at 1,790mm, and this results in greater interior space and luggage capacity. With the roof up, headroom has been increased by 44mm while the greater car width and design enhancements have led to 20mm more shoulder room and 43mm more elbow room. Driver visibility in the BMW Z4 has also been improved. The Z4 is also available with BMW’s much-loathed iDrive Professional Multimedia Navigation system. As far as the chassis is concerned, the Z4 comes standard with Drive Dynamic Control. This system allows the driver to fine tune the car to their preferred set-up via three selectable modes, Normal, Sport or Sport+. This affects the throttle and steering response, Dynamic Stability Control response and, on automatic or Double Clutch Transmission cars, gear change times and shift points are altered.