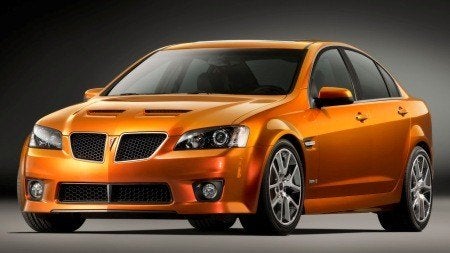 GM announced today that they will be phasing out the Pontiac brand by the end of 2010. This news came right after they announced they will also be cutting 21,000 hourly jobs and reducing their dealer count by 42% within the same time frame. This, in an effort to stay out of bankruptcy, of course.

“This action will allow General Motors to devote its limited capital and other resources to GM\’s four core brands: Chevrolet, Cadillac, Buick and GMC.” So GM wants to kill off the only brand that made them look even slightly sporty and exciting, and focus on the oversized and ultimately “boring” brands.

While it’s always a shame to see any brand go under – especially one with as much history as Pontiac – there are always contributing factors that made this happen. It wasn’t like Pontiac just drew the short straw here. Just speaking from recent years, Pontiac tried to revive the GTO name in 2004 to bring back some of the muscle car pedigee they were known for.

Sadly, the GTO ended up looking like a stretched Chevy Cavalier. While it may have been a good car to drive (a friend owns one and loves it,) you didn’t know this until you actually drove it, and then it was still very subjective. They failed to bring back the memories of the original GTO, and instead made an okay muscle car that looked like a Chevy Sedan. The GTO didn’t sell very well, and it doesn’t take a genius to figure out why. They said goodbye to this model in 2006. 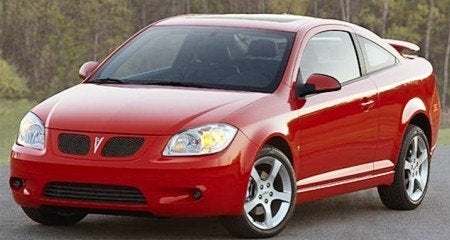 Next, we have the Pontiac G5, which you’ll remember I thought was a pointless car anyway, considering the Chevy Cobalt exists.

Then we have the Pontiac Solstice, which has nothing wrong with it by itself, if only you forget that the Saturn Sky exists. The Sky and Solstice are essentially the same car mechanically, but the Saturn just looks so much better than the Pontiac version.

So now we’re left with the G8, which could have been Pontiac’s savior. An exciting RWD sedan offered in multiple trims and engine sizes from an everyday V6, to the GXP with a fire-breathing 415hp V8, the Pontiac G8 was actually a pretty damn good car.

An affordable sedan that could compete with the likes of BMW and Audi – it looked like Pontiac was about to get on the right track. The G8 also had one of the coolest car commercials I’ve ever seen.

But as they say…Too little, too late. Sorry to see you go, Pontiac.