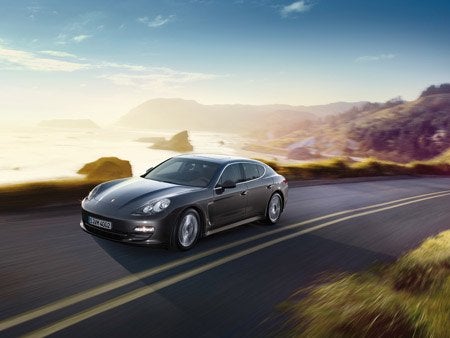 Ta-dah! There it is, the long speculated, rumored, spy photo’ed and fussed over Porsche Panamera. Long in its gestation, the Panamera is Porsche’s first four door. Much can and will be said about this car. People will talk about its combination of functionality and performance.

Porsche is already saying it can hit 60 in the fives, and God knows what it’ll top out at (once that limited is circumvented). The Panamera can bee seen as a good example of German engineering some will say, but a wise man once said, “Those responsible should be hunted down with dogs and saps,” and who am I to argue?

Look, there’s no doubt this is going to be an impressive sedan. This car will be able to get four people from Frankfurt to Darmstadt quicker than a private plane, no two ways about it. But the phrase that keeps sticking for me is ” an impressive sedan”. 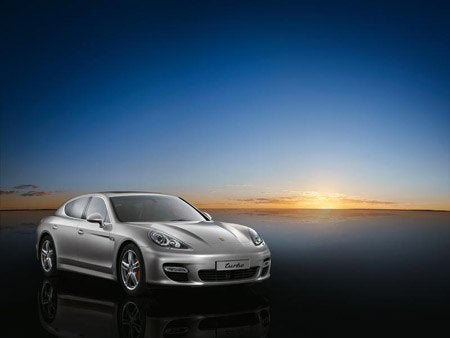 The point is that Porsche decided to make it. For some, OK for a LOT of people, that will be a big selling point, but for me and a lot of other people I know, that will be just another nail in Porsche’s coffin.

Porsche also decided to make an SUV that was pretty impressive on the performance front, and the Carmella Sopranos of the world have been quite happy ever since. Race fans and sports car fans looked on in horror and shook their heads. Especially when it came to light that the reason Porsche dropped out of Le Mans competition was to have those same engineers work on the Cayenne.

And now this frickin’ four door. What’s next, a Porsche minivan? Why not, it’ll look great parked next to dad’s Panamera four door.

Here’s why not: It dilutes the brand. 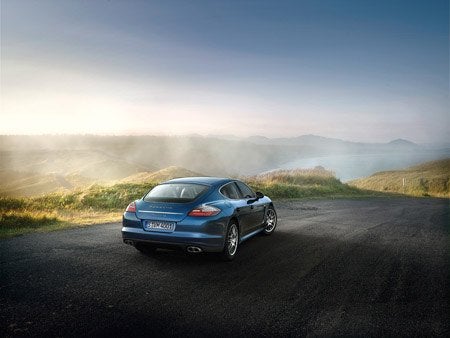