In the luxury car uber-market of California, Audi and BMW are at it again. So Audi places up a billboard of the new 2009 Audi A4, which reads “Your Move, BMW.” As if it wasn’t an easy enough setup, BMW places a larger billboard right across the street for the M3 Coupe reading “Checkmate.” Clever. 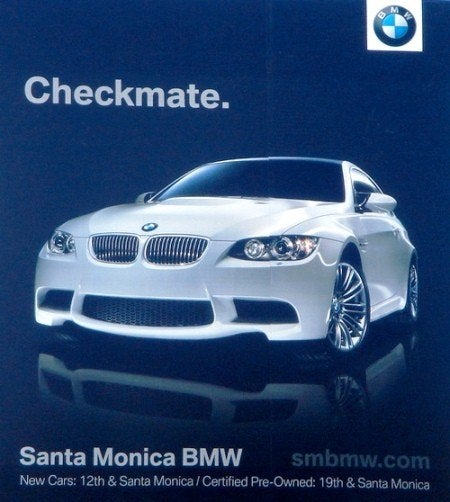 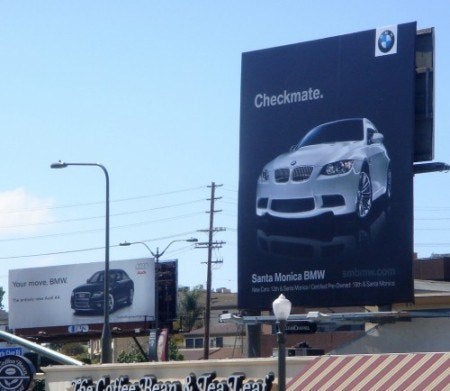 Juggernaut Advertising, an independent advertising agency headquartered in Santa Monica, CA, has initiated a tactical outdoor marketing campaign on behalf of BMW of Santa Monica. The campaign is in response to Audi\’s current billboards challenging BMW with the headline \”Your move, BMW.\”

Juggernaut Advertising\’s creative work features the BMW M3 with the headline \”Checkmate.\” and is positioned prominently within the same sightline to westbound traffic as the Audi ad. Juggernaut approached BMW of Santa Monica after identifying a unique and immediate geographical opportunity along the highly trafficked Santa Monica Blvd. corridor between Beverly Hills and Santa Monica.