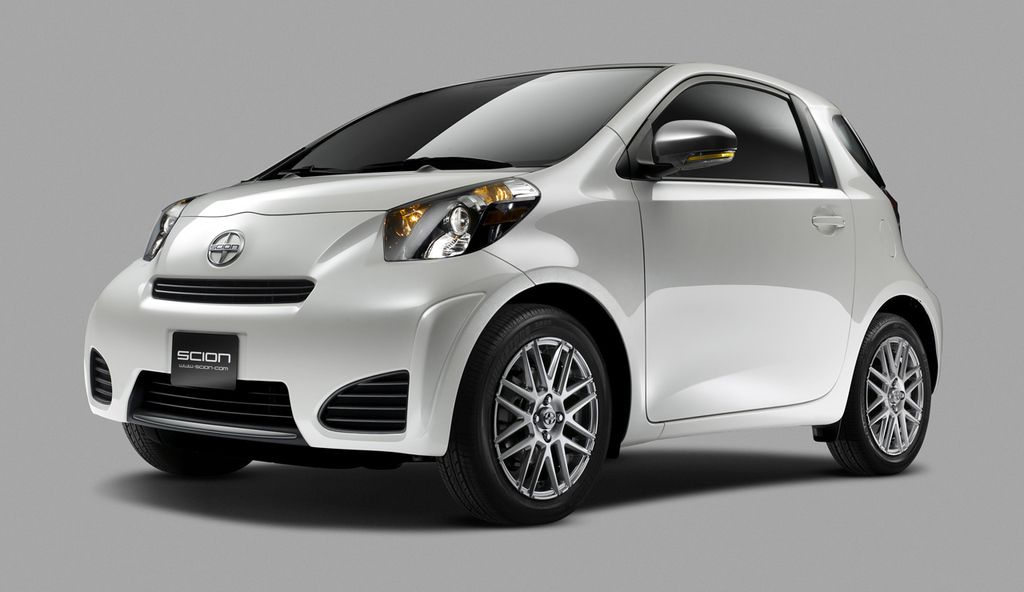 Here’s odd/interesting news from this year’s New York courtesy of Scion, it’s called the iQ Concept, but it sure looks like they could produce it starting tomorrow. Scion, Toyota’s “youth oriented” brand has been a huge success, both with those of limited budget, and with those who like to customize.

The new and hopefully upcoming iQ is potentially aimed at those two groups, but also at another, as yet unchallenged market: Smart Car owners.

Scions are sort of odd to me. They always have novel or goofy features that make them stand out. The first things I noticed from looking at the shots and reading Toyota’s press materials was that the iQ has a really novel seating arrangement. Scion calls it a 3 + 1 configuration, but that’s a little off. A 3 + 1 would imply that there’s three seats in the front, plus one in the back (i.e. the way 2 + 2 works). But what they actually mean is that you can fit two full sized adults in the little guy, plus another one in a real pinch.

How they accomplish that is rather original. Thanks to a funky, asymmetrical dash design, they can move the passenger seat WAY forward, meaning the person sitting behind the passenger has enough room to sit comfortably. The person who might sit behind the driver however, better be a munchkin, cause from what I can tell, that seat is an upholstered luggage shelf. Scion pretty much cops to what the fourth “seat” will actually be used for: ” Scion’s iQ concept is a new urban vehicle with a revolutionary package that is just over 10 feet in length and accommodates three plus luggage.” The production iQ is already being sold in Japan and Europe, but for this concept car, Scion turned to Five Axis of Huntington Beach, Calif. They worked the iQ with aggressive exterior and interior modifications that show the vehicle’s potential for personalization.

The Scion iQ has only a 78.7-inch wheelbase, which means it should handily like a shopping cart, especially through city traffic. The overall length of 126.9-inches and the width is 71.4-inches, so you should be able to cram the iQ into virtually any city parking space. The iQ also features a flat gas tank housed beneath the floor that reduces rear overhang. 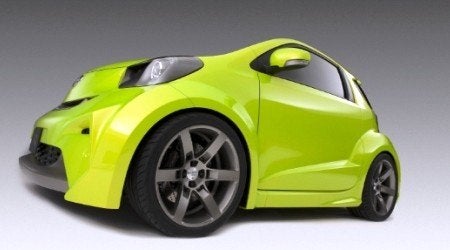 The wheels of the iQ are pushed out towards the four corners of the body to give it a “confident stance” (gotta love that corp. speak). The custom 18-inch wheels with a nickel finish and wide tires fill the wheel well and look like something right out of Hot Import Nights, as does the iQ’s custom front air dam, aero headlamps and high-intensity LED driving lamps. “We believe the Scion iQ micro-subcompact concept is the future of transportation. If it should join our future line-up, I think it could reach iconic status like our xB. Its styling will attract attention and if it’s a Scion, you know it’ll be easy to personalize,” said Jack Hollis, Scion vice president.

No kidding Jack. Here’s the other thing that everyone seems to be saying about the iQ. Given it’s size, flexibility and price, this little guy would be a direct competitor to Mercedes Smart … actually, given that if Scion DOES bring this to our shores with a Scion like price, it will be MORE that a direct competitor to Mercedes Smart, it should blow that Smart off the road (both literally and financially).

Hmmmmmmmmmmmm … this could be very interesting to watch.