Here’s is interesting news, Detroit Electric, an American car maker from a century ago and as the name implies, they made electric cars, is teaming up with PROTON, Malaysia’s largest carmaker and former owner of Lotus are teaming up to mass produce electric, roadworthy cars.

Did Tesla know about this? Or Chevy, with their Volt? A very curious and interesting development. 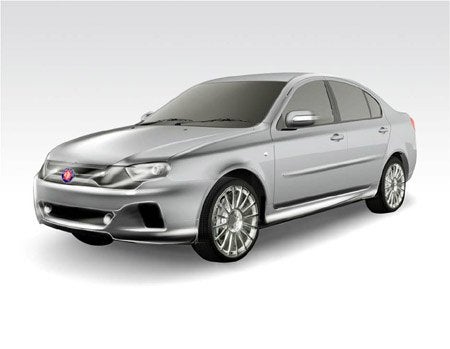 The plan goes like this Detroit Electric and PROTON (all caps, all the time) will produce and market full line of what they call “Pure Electric” vehicles in America, England, the European Union and China starting in 2010. Detroit Electric will be producing and integrating its patented electric drive systems into two Proton vehicle platforms under license from the Malaysian manufacturer, then marketing them under the Detroit Electric brand.

The deal not only has the backing of the PROTON & Detroit Electric boards, but also the blessing of the Malaysian government with the contract signing ceremony officiated by Malaysian Prime Minister Datuk Seri Abdullah Ahmad Badawi.

Albert Lam, Detroit Electric\’s Chairman and Chief Executive Officer, put it this way: \”Today\’s agreement with Proton will put Detroit Electric on the fast track to bring a full line of innovative, practical and affordable pure electric vehicles to the global market. We chose Proton due to its state-of-the-art production facility, commitment to research and development, cost efficiency, and stable, high-quality workforce.\”

Albert Lam and the Detroit Electric people are aiming high with this venture. They are planning by 2012 to sell more than 270,000 Pure Electric Vehicles in Europe, UK, China and the United States. The vehicles target price is between $23,000 and $26,000 for the city range model and between $28,000 and $33,000 for the extended range model. The styling will be changed enough to distinguish the Detroit Electric cars from Proton\’s existing line-up. Detroit Electric to produce and market full line of innovative Pure Electric vehicles in US, UK, EU and China beginning 2010

Under the agreement, Detroit Electric will license two Proton vehicle platforms and contract the company to assemble the electric vehicles that will be marketed under Detroit Electric\’s brand.

This agreement will provide Detroit Electric with its first manufacturing base. The announcement came at a signing ceremony officiated by Malaysian Prime Minister Datuk Seri Abdullah Ahmad Badawi.

\”Today\’s agreement with Proton will put Detroit Electric on the fast track to bring a full line of innovative, practical and affordable pure electric vehicles to the global market,\” said Albert Lam, Detroit Electric\’s Chairman and Chief Executive Officer. \”We chose Proton due to its state-of-the-art production facility, commitment to research and development, cost efficiency, and stable, high-quality workforce.\”

By 2012, Detroit Electric plans to sell more than 270,000 Pure Electric Vehicles in Europe, UK, China and the United States. The vehicles will be priced between USD 23,000 and USD 26,000 for the city range model and between USD 28,000 and USD 33,000 for the extended range model. Styling changes will distinguish Detroit Electric\’s vehicles from Proton\’s existing line-up.

The vehicles will be based on Detroit Electric\’s unique, patented electric drive system that greatly reduces the electric motor\’s size and weight. The underlying Magnetic Flux Motor Technology and well-proven Lithium Polymer Battery Technology allow pure electric vehicles to achieve a single-charge range of 180km (111 miles) for the city range model and 325km (200 miles) for the extended range model.

The Detroit Electric Advanced Propulsion Lab and Manufacturing Plant is targeted to be in Malaysia close to the vehicle assembly facilities of Proton. By 2012, the two production plants will produce more than 400,000 electric drive systems, creating thousands of jobs and supporting Detroit Electric\’s internal demands as well as third-party OEM\’s needs.

Proton, which currently produces a total of 270,000 vehicles of various models in Malaysia, edged out a host of international brands when its popular Persona was named Malaysia\’s Best Model of the Year in the 2008 Frost & Sullivan ASEAN Automotive Awards. The company is also Malaysia\’s largest investor in research and development, spending USD 1.2 billion (RM4.6 billion) between 1993 and 2003.

\”We are proud to be able to integrate our electric drive systems upon one of the best cars out of Asia. Our customers around the world will enjoy the level of quality and comfort offered by Proton, an award-winning manufacturer,\” said Lam.

Detroit Electric will be responsible for the homologation of the vehicles and for vehicle certification in the U.S. and European markets, where models are targeted to be sold in the first quarter of 2010 EU, UK, China and closely followed the US. Detroit Electric will assume all warranty and liabilities for the Electric Vehicles, while Proton will warranty the vehicle\’s build and standard components.

\”Our vehicles will be reliable, meet all quality and safety requirements, and quite simply outperform internal combustion engine vehicles of the same class. They will be affordable as we look at the competitive market and come without the polluting carbon emissions,\” said Lam.

Today\’s agreement also initiates the test and validation program in which Proton will evaluate Detroit Electric\’s electric drive system with the intent to license the rights to distribute, market and sell vehicles under the Proton brand in Asia.

Detroit Electric is looking to repeat similar contract production partnerships with manufacturers in Europe and the United States. This will allow the company to extend its range of models very quickly to meet demand in the different automotive segments in these markets.

\”When you are trying to redefine the automotive industry, you need to bring many partners along,\” said Lam. \”Our contract manufacturing business model will breathe new life into current manufacturers, leveraging existing unutilized global resources and accelerating the technological advancement of pure electric vehicles.\”

\”Our target audience are those who purchase practical and affordable vehicles. This makes our products fit the pockets of a very wide audience – from professionals and executives, to mothers, students and small business owners.\” 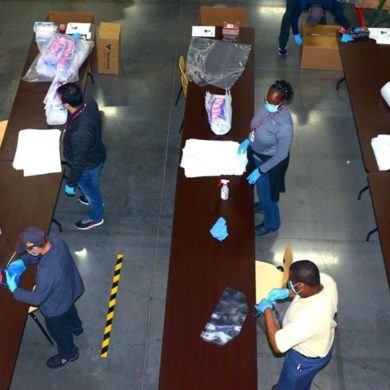