Things That Go Bump In The Garage 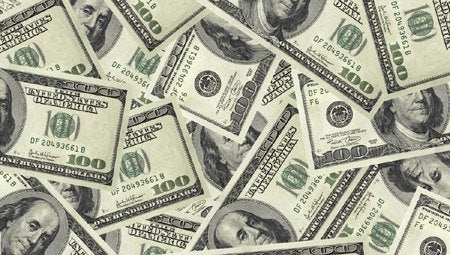 My face went slack and my skin grayed a little as I simultaneously turn the key and depressed the clutch peddle.

Like most modern cars with a manual transmission, the 1994 Mazda Miata R-Package has an interlock switch under the clutch peddle. This prevents you from doing something so basically bone-headed that it’s an insult they even HAVE a switch for it: Start the car while it’s in gear.

About an inch from the stop (and also the switch) there was a slight catch, and then the pedal went slack at the same time the starter engaged.

I backed off, but too late, and there was this embarrassing lurch-SCREEECH! and I gobbled up about 10 of the 16 inches between my front bumper and the file cabinet that contains about 5 years worth of Road & Track magazines.

The car sat silently. I pumped the clutch, and it felt like I was kicking air through a straw … which in effect, I was doing.

Sweet Jesus, how did THAT happen?!

Mazda Miatas all have hydraulic clutches, a vastly superior mechanical setup to a cable-actuated clutch (apart from the added weight and complexity). Much better peddle feel.

But I also know about what it’s like when “things” happen with sports cars. I grew up in a British car family. Triumphs. MGs. Healeys. Shoot, my dad, who’s pushing 90, STILL has a Sunbeam Tiger.

When old car nuts talk about the adventure of driving, say, a 65 Spridget, most of those people have never been in one when you had the presumption to turn on the “heater” fan whilst the headlamps were in operation. In late February. In some God-forsaken place like Beaverton, Oregon. At 2.30. In a drizzle.

I haven’t. But my brothers, cousins, and most of their friends from High School did.

And let me tell you, even being AROUND at 4.30 in the Ay-Em when they finally make it home? Bad scene, man.

So, as I stared at the bone-dry master cylinder reservoir, I could only think of one thing: Drop everything you’re doing and fix the problem NOW!

Go for drive around the block. Pull into driveway. Put it in neutral. Emergency brake on. Pop hood. Get out. Check level in master cylinder … which is OK. Right on the full line.

This can mean only one thing: The rear main seal, which had been leaking, has probably dripped enough oil onto the rubber clutch line. Which is now starting to go.

I had this vision of myself, bombing across The Golden Gate Bridge, pulling away from the toll booths, going to grab fifth when FOOSH the line blows completely, and I’ve got a 130 HP rock grinder in my right hand.

Monday, mid-morning, I sit amongst a mile long line of gray, beige or blue buildings lining both sides of the street. Chopper shops, body and fender guys, German this, Italian that.

Matt rolls up (the only mechanic I’ve known who is NOT a morning person). “So, the rear main seal?” “Sadly, yes.” “No prob.” SCHREEEEEEEEEEEEEEEEEEEEEEEEEEEEEEEEEEEECH goes the roll up door. “GAH! Why don’t you fix that?! You’re a mechanic.” “Yeah, I’ve been up and down ladders 15 times. Still don’t know where it’s binding. So Rear main?” “Yeah, and also the clutch slave.” “Oh?”

And I tell Matt my tale of woe. No prob. They’re going to be in/near there anyway, and the part is cheap.

See, I KNOW how bad “things” can get with dispositifs mécaniques. Modern cars are a blessing in comparison to what was. Still, mechanical things can, and do, break.

Best to stay on top of “things”.