Here\’s an interesting, well, I guess you could call it an option, from Mercedes Benz. They are making what amounts to a factory armored car out of the E Class, and they\’re selling it to anybody with the cash.

You could say that this would have been good if Mercedes was going after the despot/warlord/rap mogul demographic, but in these uncertain economic times, who knows might end up buying this thing.

But, since this is a Mercedes, it\’s not just extra steel in the doors and thick glass, oh no.

For starters, Mercedes says that the E-Guard features \”a network of intelligently conceived protective features of special steel, which are invisibly integrated beneath the otherwise identical body.\” So to all you thieves and/or kidnappers out there, you can\’t tell just by looking whether you\’re dealing with a normal E-Class, or an E-Guard.

The new E-Guard variant also features all-round polycarbonate glazing in place of normal glass. Mercedes doesn\’t go into just how this is done, nor do they mention if this model will be available in the U.s., since America has pretty restrictive laws about what sort of \”glass\” you can put into car windows. Also, polycarb scratches pretty easily, so maybe Mercedes is not talking about the exterior panels.

Apart from all of the high tech defensive measures, it still looks, feels and functions like a normal E-Class. It\’s a fully-fledged five-seater with lots of room, there\’s all the normal bells & whistles like sun protection and the lighting/control functions, the rear window is heated, and the driver and front passenger have power windows. Power windows are also available for the rear, and optional extras include an emergency alarm system that causes the headlamps to flash and sounds an alarm at the touch of a button in the event of Savage Henry, the noted scag Barron, trying to muscle in on your territory.

There\’s also an intercom system allows communication between the protected passenger cell and the outside world. Original bodyshell with a network of protective features

Stuttgart – Shortly after the market launch of the new E-Class, Mercedes-Benz is also offering the world’s most successful business saloon as a specially protected E-Guard model. This is mainly distinguishable from the standard model by a network of intelligently conceived protective features of special steel, which are invisibly integrated beneath the otherwise identical body. This protective cocoon also includes all-round polycarbonate glazing. Accordingly the new E-Guard Saloon offers its occupants effective protection against the increasing worldwide risk of criminal attack in the street. With this new Guard model, Mercedes-Benz is continuing its eight decades of expertise in the design and production of special protection vehicles.

As is usual at Mercedes-Benz, the special requirements for the special protection version of the E-Class were already taken into consideration by the developers
at the specification stage. The new E-Guard is subject to the same bodyshell processes as a regular production model, which means that structural strength, dimensional accuracy, corrosion protection and outstanding paint quality are guaranteed to series production standards.

All-road protection against criminal attack in the street

During the next stage, highly experienced and specially trained experts install the precisely formed protective elements, which exactly fit the contours of
the bodyshell without encroaching on the interior space. The result is a comprehensively protected passenger cell of special, high-strength steels
and aramide components, which are complemented with highly resistant polycabonate glazing of attractive visual appearance. All these measures are invisible to the naked eye. The extremely stringent Mercedes-Benz guidelines
are applied by the production specialists to ensure complete quality control
at all times.

Despite the high level of special protection, the comfort-related advantages of the new E-Class are fully retained. This applies equally to the generous spaciousness of this fully-fledged five-seater, the spatial acoustics, the sun protection and the lighting/control functions. The rear window is heated, and the power windows
on the driver and front passenger sides are fully retractable. Efficient power windows are also available for the rear. Optional extras include an emergency alarm system that causes the headlamps to flash and sounds an alarm at the touch of a button in the event of a threat. An intercom system allows communication between the protected passenger cell and the outside world. In addition the new E-Guard features the numerous, innovative assistance systems of the new E-Class.

The new E-Guard meets the stringent requirements for High-Protection according to protection class VR4 (formerly B4) and more. This means that the vehicle is able to withstand handgun bullets of up to .44 Magnum in calibre — at random angles of fire, to provide the most realistic protection possible. The E-Guard therefore offers outstanding protection against criminal attacks in the street, as has been verified and certificated by an internationally recognised test institute. Underbody armour is also available on request. This makes the entire underfloor area of the passenger cell resistant to attack with a DM51 hand-grenade.

The suspension and brakes are adapted to suit the increased weight caused by the protection features. The E-Guard is equipped with a special Level II version
of the AIRMATIC air suspension system as standard. The electronic control and restraint systems that assist the driver in critical situations have been specifically adapted to suit the different parameters versus the standard model. The car is fitted with 17-inch wheels and run-flat tyres designed for a maximum speed of 240 km/h as standard. With the tyres deflated, the vehicle is still able to cover up to 50 kilometres at a speed of 80 km/h to enable its occupants to escape from
the danger area in the event of a corresponding attack.

Like all the series-production vehicles, the new E-Guard Saloon was subjected to extensive testing under tough conditions during its development. This included endurance testing on simulated rough tracks, braking tests on Alpine passes, climatic tests at extreme temperatures, long-term corrosion tests and crash tests.

Like all Guard models, the E-Guard is covered by the full Mercedes-Benz warranty and service terms – in addition to the integrated, ex factory protection, this is another important advantage over vehicles with retrofitted special protection.

The new E-Guard is available in three engine variants, with an option of the basic ELEGANCE line or the AVANTGARDE line. The E 500 and E 350, as well as the diesel-powered E 350 CDI BlueEFFICIENCY, are designed as five-seaters with a boot capacity of 540 litres and a high payload of up to 550 kilograms, which means they are fully suitable for day-to-day and family use.

The High-Protection package for the E-Guard costs 45,000 Euro (German list price excl. VAT). The new E-Guard can be ordered from April 2009.

More information from Mercedes-Benz is available online at: www.media.daimler.com and www.mercedes-benz.com/guard 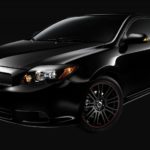 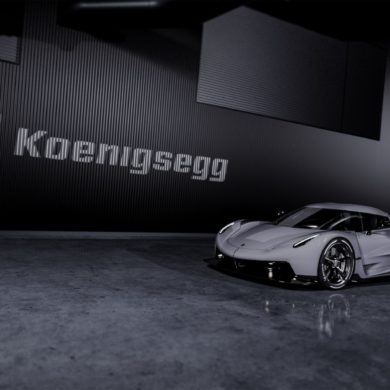