For years, American car buyers have been complaining that the Big 3 car manufacturers were lacking hybrid options, leaving that mostly up to the Japanese car makers like Toyota and Honda. Finally, GM and Ford catch on, offering hybrid models of much of their line-up.

The thing about domestic hybrid offerings is that they are simply checkmarks next to an existing model, and most of them are bigger vehicles such as large SUVs as opposed to the tiny cars like the Toyota Prius and Honda Insight. This offers a unique option for Americans that have no choice but to go big, giving them a chance to save on rising fuel costs and not have to get into a space-limiting econo-car.

Chrysler is the last of the three to offer up a gas/electric version of their vehicle in the Chrysler Aspen Hybrid. Just like most of the American hybrids, the only thing letting you know it’s a hybrid is the emblem on the rear liftgate. No “hey, look at me, I’m a hybrid!” designs here. 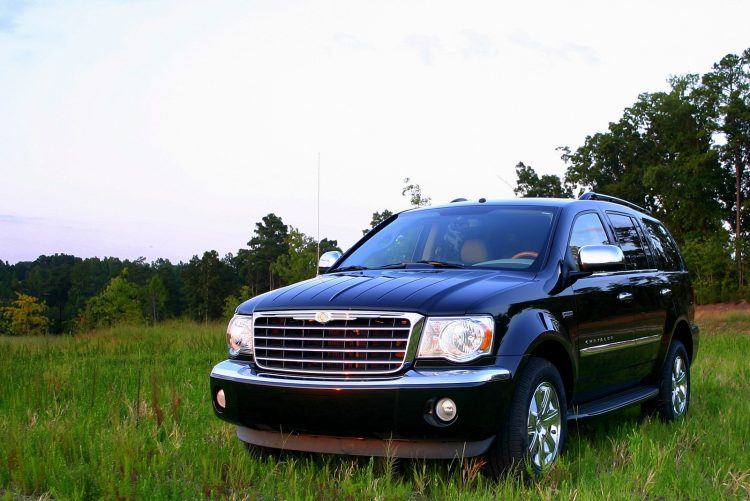 Like all full hybrid vehicles, the Chrysler Aspen Hybrid can run in three modes: solely on electric power, gasoline only, or both systems at once. The unique thing about the Aspen Hybrid is the two-mode electric automatic transmission. fitted to the 385 horsepower, 5.7 liter HEMI V8 (yes, a Hybrid Hemi.)

This dual-mode transmission operates on two different gears; one for the electric motor and one for the gasoline engine. Changing with the mode of operation, the gear sets act as a sort of continuously variable transmission, except without the inherent friction problems.

The hybrid system works well, and while rated at 19 city / 20 hwy mpg, we managed to squeeze an average of 21.6 mpg out of it, and that included some aggressive driving. 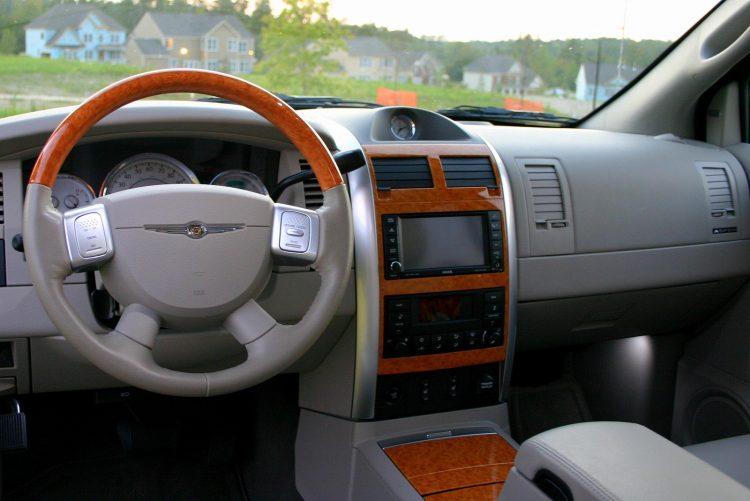 Speaking of driving aggressively, you might want to take it easy with this one. While obvious warnings apply (“vehicle is top-heavy and may tip over at the sight of hairpin turns”), the throttle is very unresponsive. At a stop sign, and you see that perfect opening to gun it and merge with traffic? Give yourself a few seconds – at a stop, the engine is off, and only the electric motors are running. After hitting the throttle, it takes a couple seconds for the engine to start and kick in, so take that into consideration before trying to make it into small openings in traffic. That’s not to say the engine isn’t capable, however. The hybrid system works very well, staying in electric mode up to 25 mph in our tests, and the big ol’ HEMI combined with the electric motors have plenty of power to move fast when you need to.

Driving the Aspen Hybrid is entertaining. Listening to the whistling of the hybrid system start at low speeds sounded like you were driving a spaceship or powering up a blaster gun to fire. Childish, maybe, but this “blaster gun” actually took off like a rocket after the charge. The now-famous 5.7-liter HEMI provided more than enough power to push this almost 3-ton SUV to highway speed in no time. 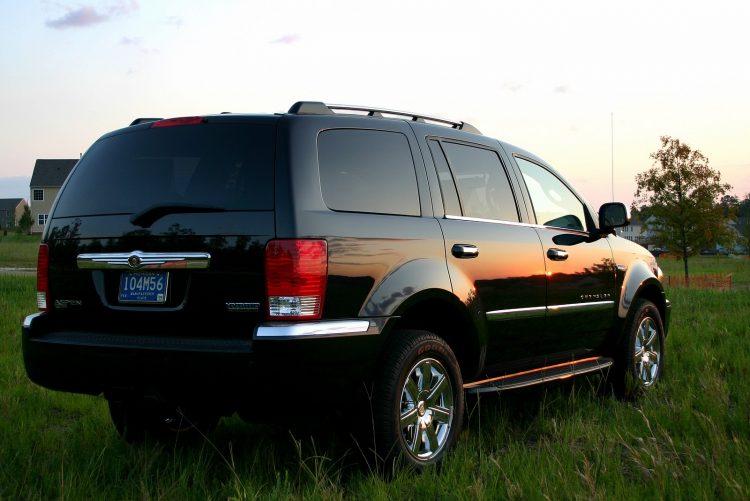 Aesthetically, the Aspen Hybrid is a mixed bag. From the side, it looks like a premium SUV, much like the shape of a Lincoln or Escalade. From the rear, however, you could have mistaken it for a Dodge Caravan. Fairly boring.

The front view is a bit awkward-looking, too; the Chrysler-style headlights and big grille don’t flow with the rest of the vehicle and could be mistaken for a mini-van at first glance.

The interior was comfortable and had plenty of room inside, along with 3rd-row seating. Other than the unresponsive throttle, there were some annoyances that would keep me from being excited about driving it. The gas and brake pedals were too close together, causing me to sometimes tap both of them at the same time. The driver information display was positioned upon the ceiling above the rear-view mirror instead of in the normal, convenient spot in the instrument panel. 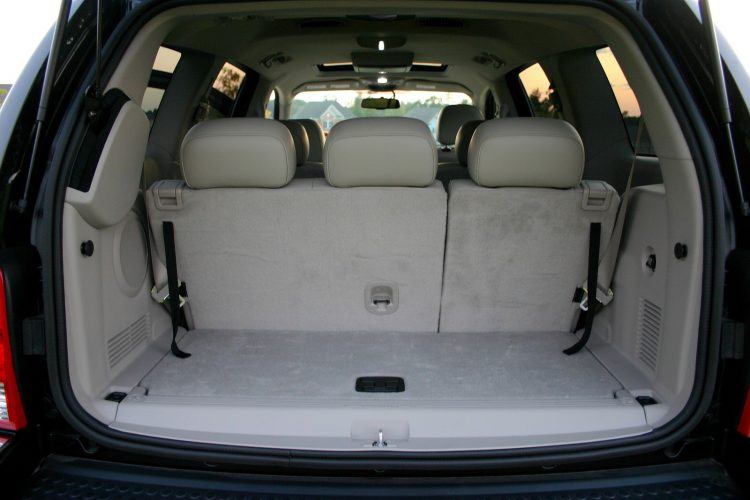 Despite its shortcomings, the all-new 2009 Chrysler Aspen Hybrid is a capable large SUV that has plenty of room, plenty of power and provides a luxury feel while getting decent fuel economy.

Starting at $45,570, however, could turn some buyers away regardless of its value.