Notice: It seems that World Class Driving is no longer in business.

When’s the last time you drove a Lamborghini Gallardo Superleggera? How about a Mercedes McLaren SLR? For most of us, that never happens. The lucky few who can, however, either have enough money to buy one, have a rich friend or relative, or paid an exorbitant amount of money to rent one.

Now though, a company called World Class Driving has done all the heavy lifting for you. They tour the country with five supercars at their disposal, charging customers $1695 to drive each one for about 30 minutes a piece. There’s probably a stop close to you, so check out the tour schedule and see what cars will be there.

We had a chance to attend a World Class Driving (WCD) event in Charlotte, NC last month. Was it worth the $1500 price tag? Keep reading to find out…

We showed up at the Hampton Inn Southpark hotel in Charlotte at Noon – just in time for the briefing and lunch. After signing the insurance waivers and the necessary agreements (no unnecessary revving of the engines, no burnouts, no turning off traction control, etc) we went over the basics of handling a supercar vs. a regular car. We didn’t actually get out of there until around 1:30, as it seems someone in the group before us crashed one of the cars. More on that later.

As we headed outside, there sat our supercars – a Lamborghini Gallardo Superleggera, Mercedes McLaren SLR, Audi R8, and a Maserati GranTurismo. Oh, the beauty. Passers-by all stopped and gawked, taking pictures and asking about the cars. This leads to my main complaint about WCD: while these cars are great, they were not the cars that I expected to be there. In fact, the list of cars changed multiple times. When we registered for World Class Driving, the list of cars were as follows:

When I checked a couple months before the event, they changed again:

After being assured that the list would not be changed again, I checked the list right before the event, and it was as follows:

And here’s the list of what was actually there:

This is frustrating – if you registered because you were looking forward to a specific car (like the Lamborghini LP560-4 for example,) the list changed and you won’t be able to drive that car anymore.

But there were supposed to be five cars, not four. Turns out the Ferrari 430 Scuderia was the car that was wrecked, and was still on the side of road. Another frustrating thing was that WCD said they always have a spare car in case something happens to one of them, but apparently didn’t have a backup this time. They promised all of the drivers that once they come back into the area (May 2009,) we can come back to drive the Ferrari.

After we got done taking pictures and getting briefed on our specific starting cars (we were in the Audi R8 first,) we took off from the hotel. I’ve been in love with the Audi R8 since it was unveiled, so at this point I was in heaven. Incredibly smooth, awesome engine noise, plenty of interior room, and very quick. The first half of the first drive was through traffic. Starting and stopping at stoplights, working through traffic, etc. This was rather unpleasant, since we only got the last half of the first car drive on open roads. After about 20 minutes (felt like 10,) we got out and went on to the second rotation.

The format of the drive was as follows: a lead car driven by our instructor led the way. The rest of us followed behind him, not allowed to pass him or any of the other cars. This naturally led to all of the cars falling way behind the lead car so we could step on it, catching up very quickly, then slowing down again to repeat the process.

Our second car was the Maserati GranTurismo. Very smooth and comfortable, great interior look and feel. The acceleration of the Maserati was not as responsive as the Audi, but was more of a swelling speed. An excellent touring car in every way.

Next up was the Mercedes SLR McLaren. Christine drove the SLR (as you can see above.) She commented on the SLR being very fast, but not having much of a personality. “It’s really fast, but it’s just another Mercedes” she remarked. An incredibly fast car, but there was something missing. Talking with the other drivers of the day, they felt the same way.

Last up was the Lamborghini Gallardo Superleggera. Now this is a supercar, and arguably the coolest car of the bunch. The bright orange finish with the “Superleggera” stripe, carbon fiber everything, and gunmetal wheels drew lots of attention, and had the best engine note of them all. A 520 horsepower V10 and active exhaust served as the radio in this Lambo. Opening the door reveals a nearly flat bare carbon fiber door panel inside. No door handle to close it, just a cloth strap to pull. All of this saves a lot of weight of course, making this Gallardo track-ready and super fun to drive. Without question my favorite car to fall back in – slowing down, cruising at 35, downshifting to 2nd gear, and flooring the throttle rewarded us with explosive acceleration, a screaming Lamborghini V10 behind us…next thing we know the car in front of us is coming up fast as the speedo reads 120 mph. Carbon-ceramic brakes slowed us down very quickly.

After the drive, we went back to the hotel and collected our gift bags, which consisted of a folder containing two photos they took before the drive, and a certificate of completion. Also in the bag was a WCD hat, some literature on World Class Driving, and a very cool laser-etched glass Ferrari 599 Fiorano model. We talked with some of the other drivers, traded business cards, thanked the WCD staff, and were on our way back home.

So let’s get what we didn’t like out of the way first. I didn’t like that they switched around the cars so much prior to the drive. I completely understand and encourage the practice of keeping the rotation fresh and offer customers the latest and greatest cars. However, when the list changes at least four times, chances are some of the customers were there for at least one specific car. If that car isn’t there anymore, they’re going to be disappointed. I was extremely disappointed when the list changed and the Audi R8 was omitted; thankfully it changed again and the R8 came back. I was also looking forward to the Nissan GT-R and Lamborghini LP560-4, which weren’t there.

Second, the Ferrari 430 Scuderia accident was bad for two reasons: mainly we didn’t get to drive it, and they didn’t have a backup car for us to drive. Also it seemed like the staff was more distracted with the Ferrari than they were with focusing on the customers having a good time. Yes it sucks the Ferrari got wrecked, but that’s what insurance is for.

Lastly, I didn’t like having to spend the first half of the first car driving through city traffic. I kind of feel robbed out of part of my time with the R8, since it was the open roads that were the fun parts of driving. Additionally, I wish there was more time with each car. It felt like we were kind of in a hurry to get back before the sun fell since we took off late.

So, despite the few complaints about the event, it was a great time. I look forward to returning in May to drive the Ferrari, and I hope all of the other drivers worked something out as well. For $1500, it’s a once-in-a-lifetime experience for most of us, and a great gift for any car lover. Some of the other drivers there were repeat customers, and most said they would go again. I just hope they keep the freshest new cars coming in (hint: Audi R8 V10,) and with a few tweaks to their process (longer drive times, keep a backup car, etc) would be a perfect experience. Based on our time there and reactions from other drivers, I highly recommend trying out World Class Driving or giving it as a gift to any car lover.

Check out WorldClassDriving.com to view schedules, check out the cars, and book your experience. Thanks to the WCD crew for a great time, and I hope to see you at another event soon.

Check out the photos below: 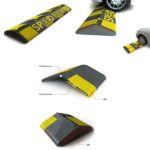 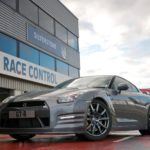 Next
Does the Nissan GT-R Deserve Car of the Year?