Among the sea of other crossover SUVs on the market today is the Nissan Rogue. A sort of mini-Murano, the Rogue blurs the lines between car and SUV.

Built off of a Nissan Sentra platform, the Murano’s little brother handles and acts like a car, but with the space and convenience of an SUV.

The 2009 Nissan Rogue is mostly unchanged from 2008, which was its first year. The only difference is more options for the SL trim such as a trip computer, speed-sensitive door locks, an outdoor temp display, dual-level center console tray, mood lighting, and a few other small things. 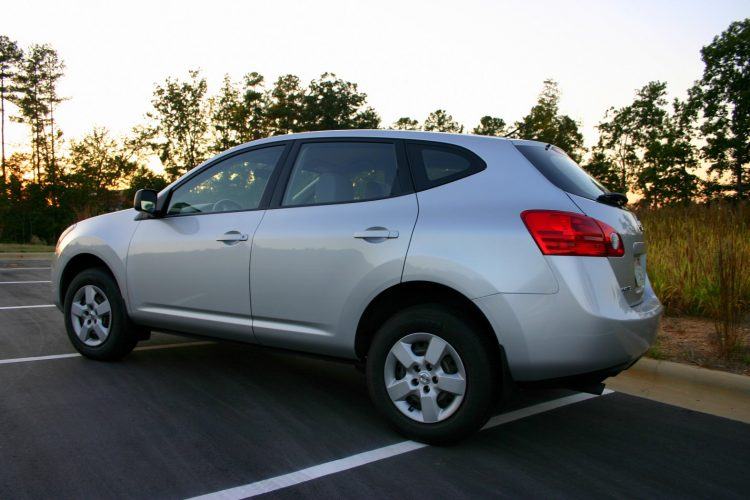 The 2009 Nissan Rogue comes in two trims: S and SL, both available in either front-wheel-drive (FWD) or all-wheel-drive (AWD). The S trim is the base model, coming standard with the basics: 16-inch steel wheels, A/C, cruise control, ABS, keyless entry, a tilt steering wheel, power accessories, and a basic 4-speaker sound system with auxiliary jack and a single disc CD player.

Stepping up into the SL trim gets you 17-inch alloy wheels, body-color power outside mirrors, roof rails, 6-way adjustable driver\’s seat, rear tinted glass and a polished exhaust-tip. The Rogue SL will also give you additional options: Manual shift mode with steering wheel-mounted paddle shifters, HID headlights, trip computer, fog lights, Bose audio system with in-dash 6-CD changer and 8 speakers, XM Satellite Radio, Intelligent Key keyless entry and ignition, Bluetooth connectivity, leather seats, and a rear foldable cargo organizer. Many of these are in the form of a Premium package and Leather package. The SL upgrade will cost you around $1,500 more, plus the options.

Additional options for both trims include a power moonroof, rear spoiler, splash guards, and other accessories.

Both the S and SL Rogues are powered by a 170 horsepower 2.5-liter four-cylinder and a Continuously Variable Transmission (CVT.) There are no other options for the Rogue, but there doesn’t need to be. The drivetrain works fine and gets good fuel economy.

Fuel economy is similar to that of other small SUVs, but it would be nice if it could get that economy without the CVT, as it’s not for everybody. 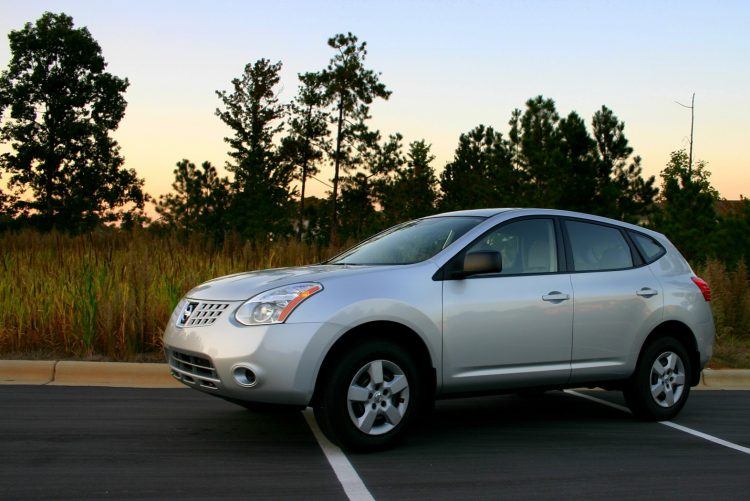 The word I hear most commonly used to describe the Rogue is “cute.” While it may be considered a mini-Murano, the Rogue has a far more conservative design than its bigger brother. The new Murano design is ugly (in my opinion) compared to the previous design, but the Rogue has a sleek style that makes up for it.

Inside, the Rogue is just as conservative. The red and black cloth seats are nice (although a bit over-done.) Controls are right where they should be, and the steering wheel controls are great to have, although there are too many lined up on the wheel, which can get confusing sometimes. Depending on your tastes, the conservative interior (I’d call it bland) is good or bad, but compared to many other small SUV competitors such as the exceptional Toyota RAV4, it needs sprucing-up. 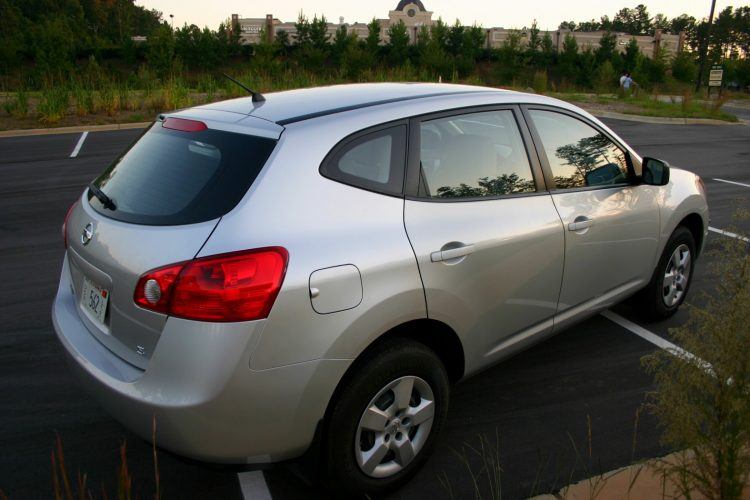 The Rogue is one of the best in the small SUV segment in terms of handling. Build on top of the Nissan Sentra platform, the Rogue is tight around turns and feels like a car, but could use better road feel, as you’ll feel disconnected from the driving experience from time to time. Ride comfort in the Rogue was surprisingly smooth and comfy. The excellent car-like handling of the Rogue should not be ignored, as it does a better job at it than any other small SUV I’ve driven. 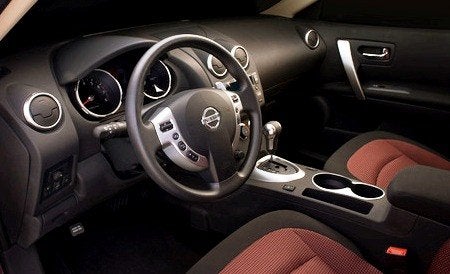 The mandatory 2.5-liter engine was suited very well for the Rogue. While the 170 horsepower didn’t knock my socks off, it was capable enough for anything you’d need to do in a small SUV.

So what didn’t I like about the Rogue? Well, the seats don’t hold the driver in place as well as they could, and the driving position is too high for taller drivers like myself. Nissan has also made the rear quarter windows into a rearward-facing triangle, effectively reducing rearward visibility. Lastly, the CVT felt very “rubber band-y,” especially when getting into higher RPMs. The constant drone of the engine while the CVT keeps it in the same RPM range throughout the acceleration quickly becomes annoying.

Most people who check out the Rogue are going to like it, due mostly to its car-like handling, smooth ride, and cute looks. Something to keep in mind though – make sure the cargo space is enough for you, as some competitors offer more space than the Rogue. Also make sure the transmission is good enough for you by running it through hard acceleration on city streets and highway. Lastly, pay special attention to the lack of rearward visibility due to the rear quarter window, making sure it won’t be a problem.