One year ago, almost to the day, that Honda unveiled a new direction they’re taking with the popular Accord. They chose a 2-door coupe to showcase the new design (because coupes are always more attractive than their 4-door counterparts,) but the sedan was being redesigned as well. The Accord Coupe Concept unveiled at the 2007 Detroit Auto Show received a lot of positive attention, and it really shows in the final production version – they didn’t change much from the concept, only a few details.

We had the chance to test out the new Accord Coupe for a few days, and although the weather was less than ideal, we couldn’t wait to get this thing on the road.

Our model was the EX-L V6, which came in the flagship Belize Blue Pearl paint – the perfect color for this car. The 3.5L i-VTEC V6 boasts a healthy 268 horsepower and 248 ft/lbs of torque, and our model was mated to a 5-speed automatic transmission. You can opt for a 6-speed manual (with no change in cost,) and you’ll gain a High-Performance Intake Manifold but lose the Variable Cylinder Management System, which is why the automatic actually gets better fuel economy than the manual (19/28 instead of the manual’s 17/25 mpg.) The Variable Cylinder Management (VCM) shuts down up to three cylinders as your driving becomes more conservative. 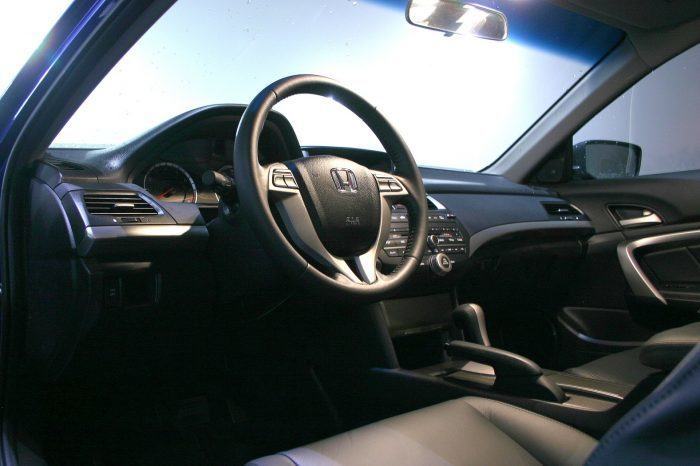 The Accord’s interior is very attractive with the charcoal leather, almost like you’re stepping into a concept car, a refreshing look you’ll be happy with years down the road. That’s more than I can say about the Accord’s arch-rival – the Nissan Altima – but that’s for a different article.

Inside, the Accord has all of what you would expect in a modern mid-size car: dual-climate control, available navigation, and Bluetooth connectivity, auto up/down windows – along with a few other “cool” features: blue ambient console lighting, speed-sensitive volume control, Radio Data System, and integrated XM Satellite radio (requires a monthly fee.) 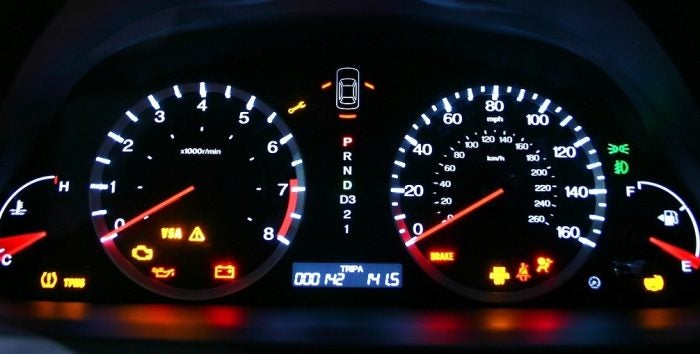 The new Accord is a great driver. The suspension (double-wishbone front and independent rear) is never too rough or too soft. The steering is tight but smooth, and it has plenty of power available. It really is a perfect blend of sporty and practical. Driven in heavy rain or snow (that crappy weather I was talking about,) the stability and traction control is flawless; it’s just as easy to drive in adverse weather as it is when it’s dry.

The seats are comfortable, and with the 8-way adjustable seats and tilt & telescoping steering wheel, even a big 6’4″ fella like myself finds himself comfortable. When you’re in a spirited driving mood, the 268 horsepower engine provides a low, subtle rumbling sound that you don’t normally get with a car in this class. The coupe is altogether very easy to drive, and there isn’t much of a learning curve. Everything seems very logically placed and easy to find. 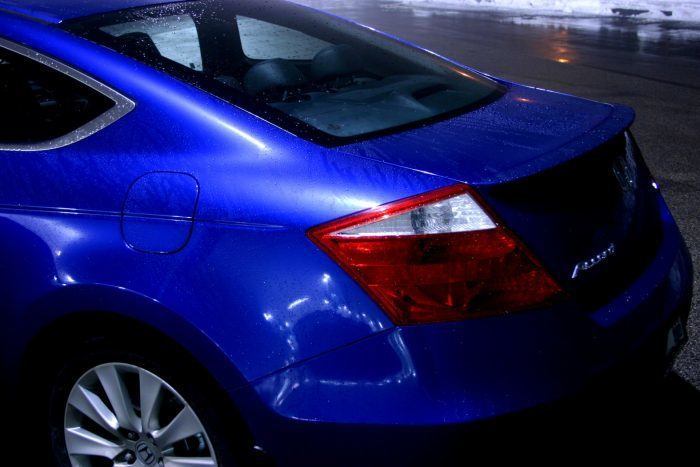 The fact that an onlooker told me the car looks like a BMW should be enough. The Honda Accord, which has previously been known to be bland, has really made an improvement with the 2008 models, coupe and sedan alike. It should also be noted that there is almost nothing in common between the sedan and coupe exterior, which is how it should be. 18″ alloy wheels are standard on the EX-L V6 trim, and 17″ wheels on the rest (16″ on the LX sedan) shows that Honda is really going for a more premium car this time around.

There was more than one occasion in which I’d park the car in a lot and come back to somebody looking it over. “Looks like a BMW,” I was told – “That’s a Honda?!” Practical but aggressive, I believe this is the first Honda Accord that is officially a head-turner. 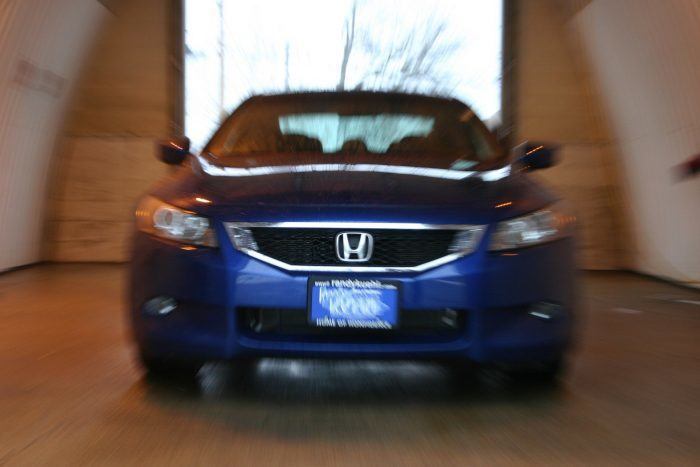 As much as I like the car, there are a few things that bothered me about it. While slowing to stop, the car feels like it shifts into first gear too soon, and while going at slower speeds, the shifting is a bit jerky at times. It’s not a major issue, but certainly something you’ll have to get used to. The car also torque steers a bit, but you only notice it when really stepping on it from a stop; not a problem for most people. Another minor complaint is the unresponsiveness of the throttle. When you’re about to pass someone and need some quick power, it takes a second for the engine to kick in once you punch the gas pedal.

My main complaint about the interior was the shift knob; you activate most cars’ automatic shift levers by grabbing the knob, pulling in the button (to release the lock) much like you’d pull a trigger, then shifting into Drive. With the Accord’s shift knob, you actually have to pull up on the button instead of in, making it slightly awkward each time you need to get into or out of Park. A few other weird things about the Accord’s interior include the dashboard button layout. The modern car’s dashboard already looks like that of a commercial jet with so many features, but Honda’s gone and made every button look nearly identical in size and shape, making it difficult to quickly change a radio station or turn your heat up while driving.

The side mirror controls on the door are also placed in a strange position. They must have run out of space because they placed the controls for the side mirrors directly behind the main door handle, forcing me to squeeze my hand in there or pull my little finger back to get to the controls. This may not be as much of an issue for women or smaller men; our photographer Christine had no problems with it. 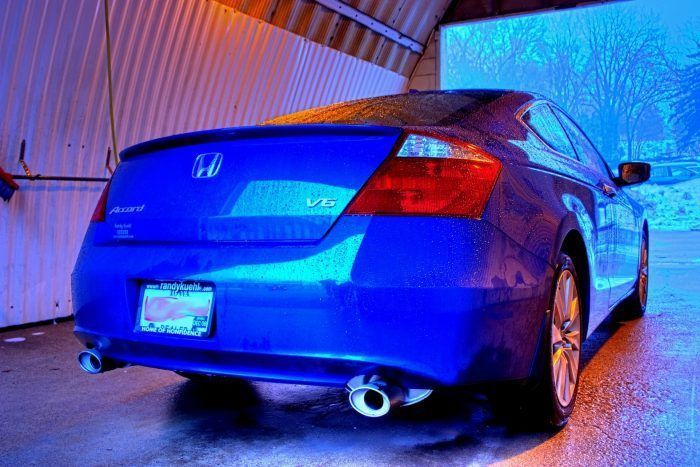 The all-new 2008 Honda Accord really is a step above previous models but still brings you the same all-around value and convenience that has made the Accord one of the most popular mid-sized cars available. Even though it’s on the pricey side (you can’t get a V6 Coupe for under $28,310 MSRP,) the flawless blend of sportiness and practicality make the 2008 Accord Coupe a good value. If you’re on a tighter budget and don’t mind the less powerful 190 horsepower 4-cylinder engine, you can save a few thousand dollars, but keep in mind you’ll only have the 17″ alloy wheels, and you’ll also have to give up the fog lights, spoiler, and dual exhaust.