Lamborghini revealed it’s newest creation yesterday at the Frankfurt Motor Show. Named Reventon, the new supercar is based off of the Murcielago LP640.

The Reventon is Lamborghini’s first seven-figure car, costing an astronomical $1,400,000, and is said to be inspired in design by a jet-fighter. Only 20 are set to be made, and all of them are already taken (not surprising,) with a hefty $300,000 deposit.

Even though it looks like an LP640 on steroids, the Reventon has an all-new exterior design. Still made completely from carbon fiber, the body features a brand new color called “Grey Barra due,” which has a certain quality of finish also reflected on the beautiful wheels designed just for the Reventon. 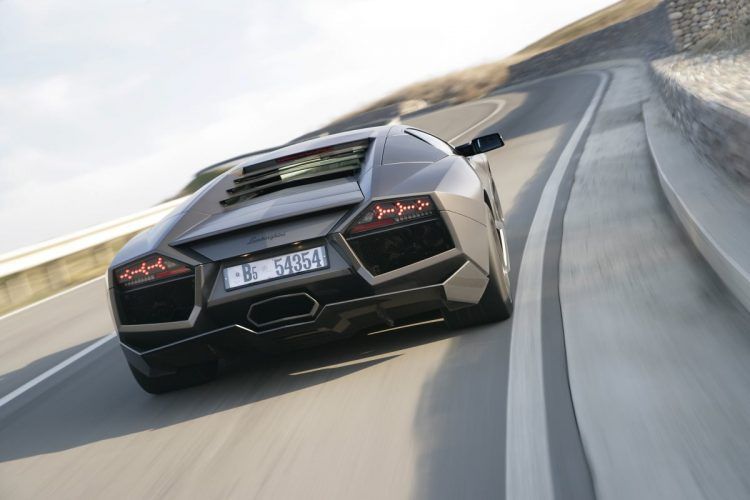 Performance numbers have not yet been officially announced, but the 6.5L V12 engine should push out the same 640 horsepower as the LP640, hitting a top speed of around 340 km/h and running from 0-62 mph in 3.4 seconds. It also has an all-new gauge cluster, complete with G-force meter, meant to resemble a jet-fighter airplane.

As much as I love the new wheels, the over-all redesign hardly seems worth the $1,100,000 premium over the Murcielago LP640, but what do I know? I guess the  buyers are paying for exclusivity, and nothing more.