Finally! We got word that Ferrari does indeed plan to create the Dino Concept that has been peeking its head recently. Unfortunately, there aren’t many confirmed details, but we do have some universally agreed-upon theories of Ferrari’s next major model.

One of the biggest questions about a new “budget” Ferrari is whether or not it will dilute the Ferrari brand name. Ferrari wants to sell the new model between $140,000 and $160,000, and is currently trying to decide if a lower price will do just that.

Rumor has it the car will be named the “420 Dino,” bringing back the name of what some would call the most beautiful Ferrari ever made. The “420” in the name hints at the all-new, all-aluminum 90 degree 4.2 Liter V8 producing just under the 480 horsepower that the current F430 makes.

The engine will be mounted in a “front-mid” configuration, putting the engine mostly behind the front axle, differing from the F430 and older Dino models. In response to the new powerful V8, Ferrari says by 2008, the F430 will get the 5.0 liter V10 being developed that pushes out around 550 horsepower. The Dino will keep the modern interior theme, providing a beautiful carbon fiber or aluminum trim. Who wouldn’t go with the carbon fiber? Also new is a standard satellite navigation system. The body panels are expected to be carbon fiber all around, providing lighter weight and increased strength. 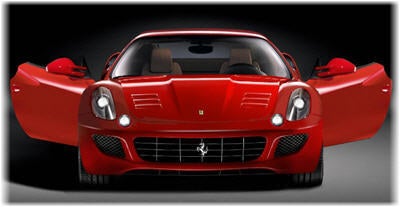 I’m interested to see the evolution of this concept, as it will be very important in the Ferrari line. While Ferrari doesn’t want to dilute the brand name with inexpensive models, they can pull it off with this model.

I don’t see it replacing the extraordinary 360 Modena as the best-selling model, but if this “bottom-of-the-line” model offers the features and performance rumored at the estimated price (or less,) you might see one or two rolling down the street in your home town in 2010. 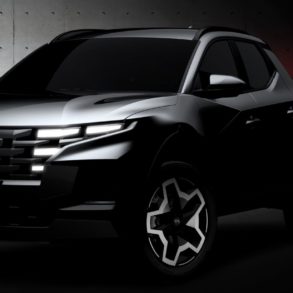