Rev It Up Racing: Review

If you remember about a month ago, I wrote a preview about Rev It Up Racing; an entry level racing school with events across the country. My fiancee and I had a chance to attend the Chicago event on Saturday, August 12th. The drive there was fun but familiar; we visit Chicago at least a few times a year. We only live 4 or 5 hours to the west, and needless to say, Iowa is rather uneventful.

When we arrived, we were greeted by a parking lot full of sports cars; Nissan Z cars, BMWs, Audis and more, but mostly Corvettes and Camaros lined the rows. We were greeted at the entrance with a Red Bull truck handing out free cans of my favorite energy drink; a great way to start the day…

After entering, we start out at the Rules and Regulations booth: no burn-outs, no drifting, no smashing the cones in a fit of joy, yadda yadda yadda. Once that was out of the way it was off to learn. Performance 101 was the first booth, taught by instructor Rick Dilorio, a 15 year instructor at Skip Barber Racing School with 3 years of autocrossing and 8 years in the Speed World Challenge Series. Okay, so these guys are qualified. He mostly went over car control, different types of turns and grip dynamics. Just the basics for the beginners, a nice refresher for the Pros. 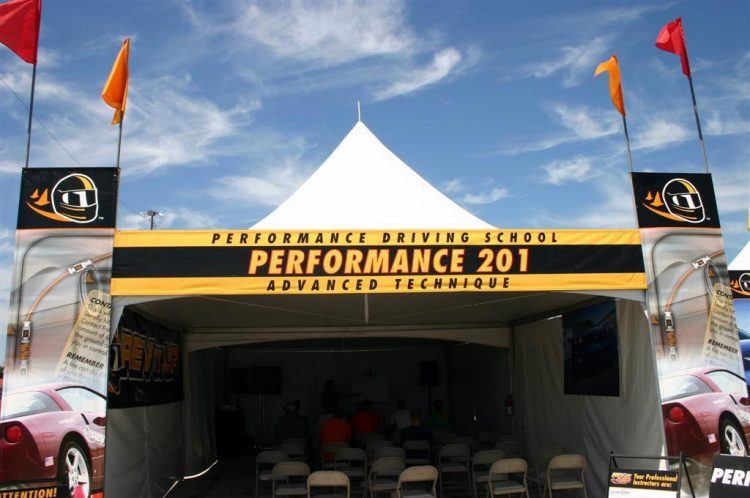 After that, we headed off to Performance 201 where I met Loren Elmer, who started building his competitive resume in 1969. He raced in TransAM and IMSA events, and he also teaches at Skip Barber Racing School. He went through some of the basics of improved driving; “look where you want to go,” “trust your peripheral vision,” “look at the whole track and use it.”

This also includes playing a game of connect-the-dots on the track to find the quickest route, and the fact that it is a lot easier to maintain momentum than to get it back.

Loren also incorporated emergency driving, like if there is something up ahead such as a stopped car, a person, or even a bouncing ball, don’t look at the obstacle, or that’s what you will hit. Instead, constantly be looking for the way out. How does this work its way into racing? You go where you look. Naturally, you look at what’s in front of you, your closest challenge.

Instead, look where you want the car to go. Trust your peripheral vision, and look as far ahead as possible. This isn’t easy to do at first, it’s not natural. But low and behold he’s right. I first noticed it working in the slalom portion of the Racing Line course. You find yourself looking at the obstacle itself, but if you look past the slalom, you still see where you need to go. You end up getting closer to the cones and exiting faster.

Another point Loren and the other instructors like to stress is that a tire can only do 100% of one thing at a time. If you want to take a turn at 100%, use 100% of the tire’s grip on cornering. You cannot also ask the car to accelerate or slow while cornering the car at 100%, or you will skid. Yet another reason RWD cars are superior. He also mentions the most important part of driving these cars by saying, “These are SEC’s…Someone Else’s Car…take advantage of it.” The best advice I’ve heard all day.

After Performance 201 there is no set course. There was an “SS Test Drive” tent set up to get you familiar with the cars by allowing you to drive each available vehicle. The course started with a hard acceleration run, then around some tight turns and a slalom (one of their favorite obstacles.) Needless to say, the line for the Corvette was too long to wait, so we went ahead and stood around a few minutes for the Monte Carlo SS. Being 6 foot 4 inches tall, this was one of the most comfortable cars I’ve ever been in, and you know I’m not a big fan of Chevy.

Usually every car I get into the first thing I do is move the seat all the way back, but I actually had to move it forward on this one. Weird. This is also the one place you are able to drive the manual transmission-fitted Cobalt SS Supercharged. All of the rest of the cars have automatics. By the way, they don’t like it when people toast the clutch; they almost took the car off the course at one point for that.

Anyway, after the Test Drive were three Skills Clinics, set up to help you get some valuable skills. There was Car Control, Racing Line, and Grip Dynamics. You only have one shot at the Racing Line course, but the other two you could run up to six laps in any combination you choose. Now we are able to get in the drivers seat and ‘rev it up.’ The first event I went through and probably my favorite was Car Control. I was driving the 6th generation Corvette with a 400HP 6.0L V8. There were a couple of times when I got a bit “throttle happy” and lost control, but I was surprisingly able to correct it well.

I do have to give the new Corvette a little more credit then I have been; it’s more powerful and fun than thought it would be. The interior is still boring, looking no different to me than the other Chevy’s, but being a believer in giving credit where credit is due, I will give it some props.

First, the view from the driver’s seat is way cool. The fenders flare in a Viper-like fashion, giving you a really bad-ass feeling while driving.

Second, the sounds from the engine are nice. It’s no Ferrari V8 scream, but more of a rumble even at full throttle that you feel in your head. I know that sounds weird, but trust me, it’s pretty neat. Lastly, the damn thing is fun. It doesn’t handle as nicely as you would hope, but it gets the job done, and it’s just kind of wild, even with the traction control on. By the way, they turn on the traction control on all of these cars then break off the knob so nobody can turn it off.

That being said, I could barely fit into the damn car. I had to raise the steering wheel all the way up so it wouldn’t be rubbing against my right leg the whole time. It was a bit uncomfortable. I know I’m a pretty big dude, but I was able to fit comfortably in a Ferrari 360 Spider, and I own a two-seater 300ZX; not the biggest car around, and I can still drive that nice and comfortably.

Anyway, after Car Control it was off to Grip Dynamics where you get into an Impala SS with a 5.3L V8 pushing 303hp. The course was fun, but there really isn’t much to say about the car. It’s not bad, but it’s just what you would expect; a sedan with a big engine. By the way, is there a reason that GM needs a 5.3L V8 to push out the same amount of horsepower as Nissan can get out of their 3.5L V6? Oh yeah, it’s a GM.

Sarcasm aside, if any of you GM fans out there can explain that to me, I promise I won’t be a smart-ass about it

During the Practice Course (Racing Line,) we drove the Cobalt SS. It was pretty self-explanatory; it was a practice track for the Competition Drive, in which you got two tries.

Finally, we reviewed our notes and went for our first run at the Performance Drive. Everyone had to put on these nifty little hair nets, and racing helmets. After I got in the Cobalt, I realized I was simply too tall for the car, as the top of the helmet was too high and made me cock my head sideways the whole time. Off to a great start. I had the track diagram imprinted in my head, and knew exactly what I was going to do.

The minute the flag went down I completely forgot everything and kind of “winged it.” I underestimated the effects of adrenaline. Considering this was my first time on an actual race track and my head was cocked sideways the whole time, I did pretty well, I guess. My fiancee wasn’t happy with her first run so she went again and lowered her time by over four seconds. Not bad. When you are done they give you a certificate, a pin (bronze, silver or gold depending on your time,) and an exit survey that you fill out and turn back in to receive a free RevItUp hat. Not a bad deal.

The dates for this year’s event were as follows:

I’m sure the dates will be similar next year, and I do indeed plan on attending again. In my opinion, this was a really great event and is without question worth the $40 or $50 it costs. Did any of you attend this year? 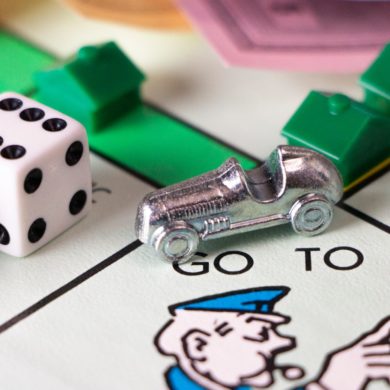