Hey Fast And The Furious Fans, do you believe in dreams coming true? Well, that might be the case for one lucky bidder at Dana Mecum’s 28th Original Spring Classic next month.

The iconic, bright orange 1993 Toyota Supra MKIV from the original movie, driven by the late Paul Walker, is heading to auction in the second week of May in Indianapolis.

Table of Contents show
What Is It?
What’s In It?
Performance
Where Can I Buy It?
Additional 1993 Toyota Supra Images

This particular car is Unit #21, a stunt car, mostly used for the exterior driving scenes during the second half of the movie.  It was filmed for the now infamous, final drag-racing scene at the end.

Also, to speed up the building process, the engineers at Universal Studios made the door cards out of sheet metal and the interior features little to no upholstery.

As you saw in the movie, this particular 1993 Toyota Supra is powered by the naturally-aspirated 3.0L 2JZ and is backed by the standard five-speed manual transmission.

Where Can I Buy It?

For those who are planning on attending, The Spring Classic will be held at the Indiana State Fair beginning on May 12th.

The starting price for this 1993 Toyota Supra has not been announced yet. However, buzz around the internet suggests the final hammer price might reach as high as $200,000. This might be a lot of money for a 22 year old, non-turbo, 1993 Toyota Supra, but, unlike other Supras, this car has some celebrity and movie credentials.

Plus, it will make one heck of a conversation piece in the lucky bidder’s garage.

While you are waiting for your opportunity to snatch up this movie icon, watch the video below to see this exact car doing its thing with Paul Walker behind the wheel. 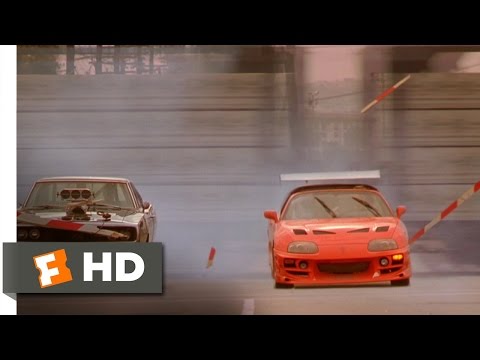